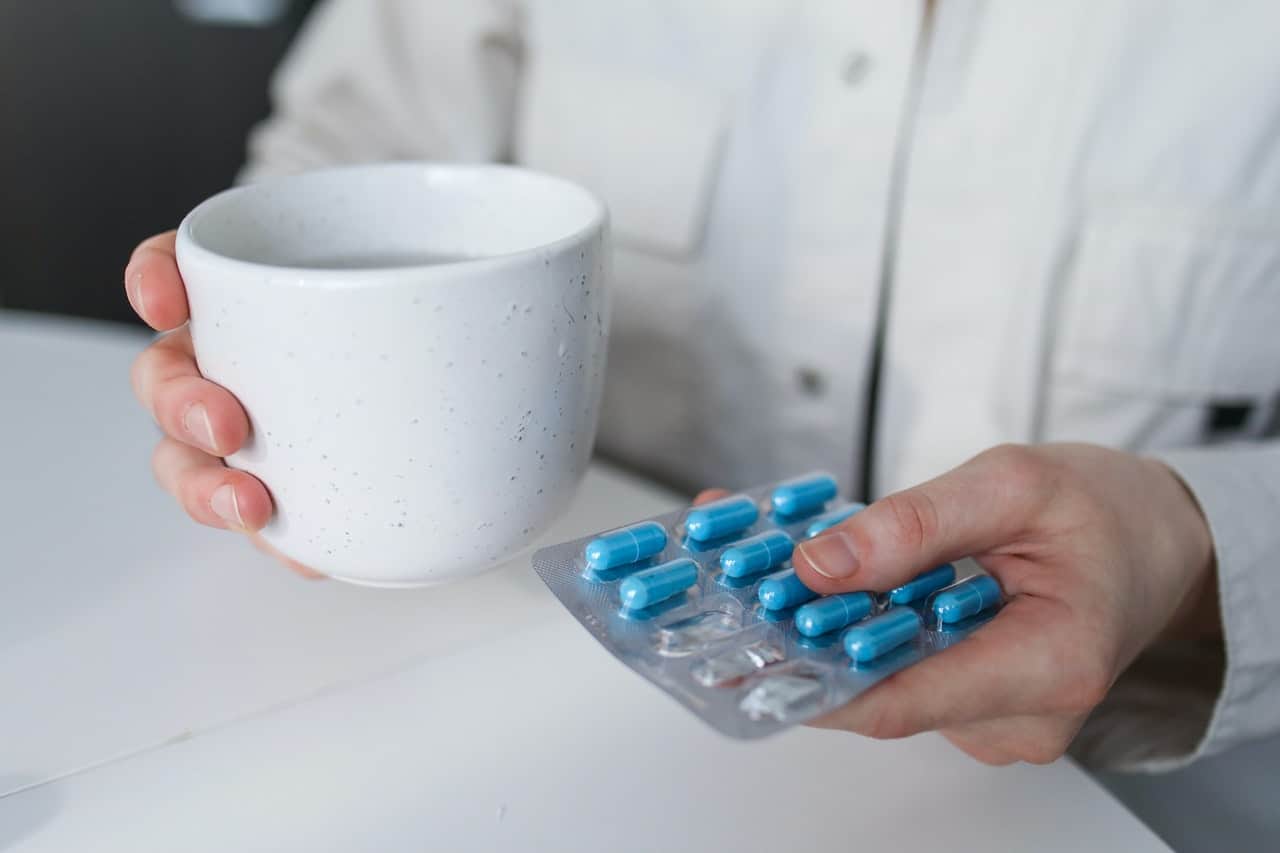 Amino acid, which will help you to model your figure and which will improve the work of your mind?

Amino acids are the small bricks from which proteins are constructed, i.e. the nutrient which plays a fundamental role in most biological processes. Amino acids fulfil many tasks, including guarding the correct functioning of the brain, taking care of good muscle work and helping to build them, as well as participating in the process of regeneration of the body. It is worth finding out more about the key amino acids. Some of them, provided in food or dietary supplements, can improve the work of our mind, regulate our mood, improve metabolism, support fat burning or activate muscle tissue growth.

Amino acids – what are these molecules? What is the role of amino acids in the body?

Amino acids (amino acids) are organic compounds, without which the functioning of the body would not be possible. They are the building material of proteins, are included in the composition of peptides, polypeptides, alkaloids, from some amino acids are synthesized hormones, nucleic acids and neurotransmitters necessary for the proper functioning of the nervous system. There are 20 basic (standard) amino acids which form the structure of proteins, and several hundred other amino acids which perform functions in the body other than building.

The most important functions of amino acids:

Amino acids contain two functional groups in their structure – a basic amino group (-NH2) and an acidic carboxyl group (-COOH), a hydrogen atom and the side chain R. All these elements are connected to the central carbon atom by covalent bonds.

There are several different divisions of amino acids, in which various criteria are taken into account. One of the most important is the division of amino acids according to their ability to be synthesized by the body. And so, we distinguish here:

The essential amino acids are:

Another division of amino acids is one in which the main criterion is the structure of the side chain. Here we distinguish:

Another division classifies amino acids according to the functions they perform. One can distinguish here, among others:

The most important amino acids (properties, role in the body, sources of amino acids in food)

Improved intellectual performance, more efficient regeneration of the body, better results in terms of physical fitness, faster effects on fat reduction and body shape modelling – these are just some of the benefits we can obtain by increasing the supply of amino acids in our diet. Amino acids in food can also be supplemented with amino acids in the form of supplements, especially if we do intellectual work, if we lead an active lifestyle and train regularly, if we are looking for support for our nerves, or if we need an additional boost for our immunity. Which amino acids are particularly worth paying attention to and when?

BCAA is the name for a group of three branched-chain amino acids. These are: leucine, isoleucine, valine. Each of them belongs to exogenous amino acids, i.e. those which our organism is not able to produce on its own, and which must be supplied from the outside. This group of amino acids is most often used by people in training, who want to improve their physical performance or accelerate the muscle modelling process.

The main properties of BCAA amino acids are:

When it comes to the presence of BCAA amino acids in food, large amounts of them can be found in dairy products and other articles rich in protein. So, we should look for them primarily in: meat, fish, eggs, milk, cheese, yogurt, seeds, beans, soy, nuts.

Alanine is an endogenous amino acid included in proteins. Although it is produced inside the body, in some cases it is recommended to supplement it by eating plenty of products rich in it or taking appropriate dietary supplements (in preparations for exercising, alanine is most often found in the form of beta-alanine).

High alanine requirements are observed in very active people, who are exposed to frequent physical exertion and intensive muscle work. Alanine is one of the key amino acids responsible for energy processes during increased activity. By participating in the glucose-alanine cycle and nitrogen transport between muscles and the liver, it ensures that our muscles have a constant supply of fuel, even during very long and demanding workouts.

Like alanine, glutamine is also an amino acid produced by the body, but as our physical activity increases, the demand for it increases. Glutamine can be supplemented by taking supplements, or by consuming foods such as eggs, milk, tofu, poultry, beef, corn, broccoli, cabbage, beans, kale and rice.

Glutamine performs extremely important tasks, both in terms of muscle, immune and digestive systems. It is also not without a significant impact on carbohydrate metabolism in the body.

The most important action of glutamine:

Participates in many metabolic processes (e.g. Arginine participates in many metabolic processes (e.g. transformation of toxic ammonia into urea) and in the production of nitric oxide in the body, has a beneficial effect on the functioning of the cardiovascular system, improves detoxification of the body, seals, makes blood vessels more flexible and dilates them, prevents blood clots, balances blood pressure, eliminates erectile dysfunction, increases immunity – these are the main properties of arginine, a protein amino acid synthesised from other amino acids such as proline, citrulline or glutamic acid.

Arginine also has an effect on our physical condition. It increases energy levels, strength and endurance during increased activity. It also stimulates the regeneration process after exercise. What is important for people aiming to build muscles, arginine takes part in the production of growth hormone and accelerates muscle tissue growth.

Tyrosine is a protein amino acid synthesized from the amino acid phenylalanine. It is an endogenous amino acid, but in many cases it is recommended to supplement it in the diet or in supplements, especially if you are a very active person, or if you suffer from concentration problems, reduced mental productivity, body weakness and reduced well-being.

Important neurotransmitters responsible for transmitting impulses between neurons, such as dopamine, epinephrine and norepinephrine, are synthesized from tyrosine.

Here are some of the numerous functions of tyrosine in the body:

Which foods contain a lot of tyrosine? Cheese and other dairy products are considered to be the most valuable source of this amino acid. Tyrosine can also be found in eggs, fish, meat, legumes, oats, nuts, sesame, avocado.

Read also: Diet for the brain

A prominent biological role is played by tryptophan – a protein amino acid not produced in our body, but supplied in the diet. It can be found in foods such as milk, eggs, bananas, yellow cheese, cottage cheese, mould cheese, pumpkin seeds, beans, soya beans, chickpeas, lentils, bran, lean meat, fish and flaxseed. Tryptophan is also included in many dietary supplements, most often targeted at active people, weight loss sufferers, those looking for a remedy for sleep problems, those fighting stress and decreased mental productivity.

Tryptophan is involved in many bio-processes, and it is also a precursor for other compounds essential for proper body function. Tryptophan is used to produce serotonin, one of the most important neurotransmitters responsible for good mood, mental balance, and effective intellectual performance. It is also used to produce melatonin, an organic compound that regulates the daily rhythm and minimizes sleep disorders.

The most important areas of tryptophan action:

Read the review of the top supplement for good brain function: Brain Actives