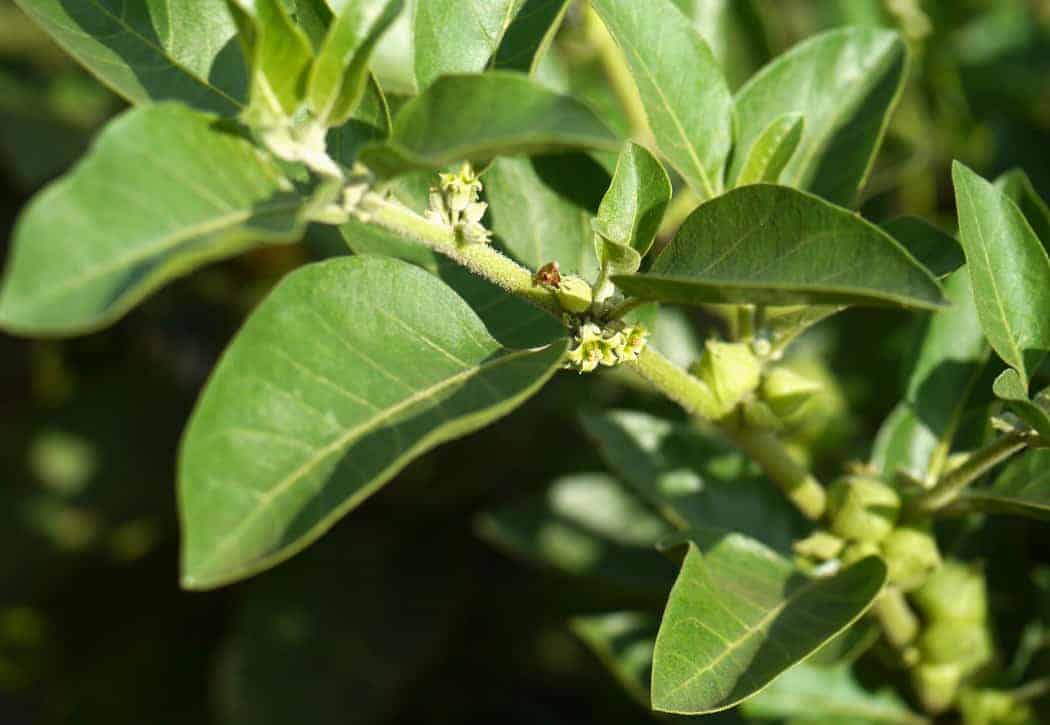 Ashwagandha is one of the most valued plants in ayurveda, the ancient Indian medicine, possessing many beneficial pharmacological properties. Especially valuable is ashwagandha root, sometimes called the Indian ginseng, rich in valuable substances contributing to lowering blood pressure, supporting the immune and nervous systems, fighting heart diseases and cancer, among others.


Originating from India and belonging to the Solanaceae family, Vitania sluggard is now widely cultivated in many Asian countries. Its exotic name, ashwagandha, derives from the peculiar odor emitted by the plant, a word which in Sanskrit means the smell of a horse. Vitania sluggisha is an adaptogen because it exhibits a number of properties which have a positive effect on the body, primarily supporting resistance to stress in a broad sense. An adaptogen has a beneficial effect on the entire body, supporting all of its systems and functions without causing any side effects.

The valuable health-promoting and pharmacological properties result from the specific “content” of the plant. Ashwagandha is a source of substances from the glycovitanolides group, which includes sitoindosides and vitanosides, which support primarily the nervous system and are characterized by anti-stress, antidepressant and antioxidant effects.

Phytosterols, alkaloids, phenolic acids and coumarins present in the root also have beneficial properties for the body. Finally, Indian ginseng is a real treasury of iron, thanks to which it has a significant influence on the increase in the level of haemoglobin and erythrocytes, protects the heart and circulatory system, slows down the ageing processes.


While in traditional Hindu medicine ashwagandha was used primarily for exhaustion, skin ailments or to combat rheumatism, in light of current knowledge it can be considered a very broad spectrum medicine. However, at the top of the list of conditions against which sluggish vitania is effective, there are autoimmune diseases, such as rheumatism, skin and nervous system diseases, lupus or chronic fatigue syndrome. Ashwagandha improves the functioning of the immune system while supporting the condition and function of other vital organs.

Acting comprehensively, Indian ginseng, which is said to have more health-promoting properties than Chinese ginseng considered to be a panacea for almost everything, exceptionally supports the nervous system by calming tension and stress, enhancing sleep, alleviating nervous disorders and even symptoms of some mental illnesses. It also improves blood parameters, prevents hypertension, protects the heart, supports the functioning of the respiratory system and such internal organs as the liver, pancreas and kidneys.

Vitania sluggisha also has a beneficial effect on the endocrine system – it stimulates thyroid function and stimulates the reproductive system. It regulates menstruation disorders and improves sexual performance. Since this plant has strong antioxidant properties, it not only slows down the aging process, but also increases the efficiency of the body. Due to its positive effect on muscle tissue, it is recommended both to convalescents and people who practice sports. The latter will certainly benefit from another positive effect of ashwagandha root, namely the improvement of psychomotor coordination and reaction time.

Discover the properties of moringa leaves

How to use ashwagandha (price, dosage) 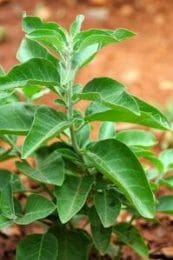 On the Polish market we can find Ashwagandha in the form of an extract, tablets or powder. In case of the most popular form – capsules containing extract from this plant – one should use supplementation according to manufacturer’s instructions, because individual products may significantly differ in composition and content of the pure extract.


When buying a supplement you should pay attention to its composition and choose the product that has the composition most suitable for your needs. It has already been mentioned that Indian ginseng, by stimulating the endocrine system, has an impact on libido and sexual performance. As far as men are concerned, however, it is worth reaching for a product which will have a comprehensive effect – it will increase testosterone production, thus enhancing masculinity in a broad sense, from muscularity to vigour and improved sexual performance.

One such supplement is Testolan, a specific product with an innovative, comprehensive formula containing not only ashwagandha, but also other natural ingredients enhancing its action and contributing to maintaining excellent physical and mental form. Thanks to their presence and complementing each other, Testolan increases testosterone production, strength and muscle mass, energy and efficiency, also in the area of intimate life.