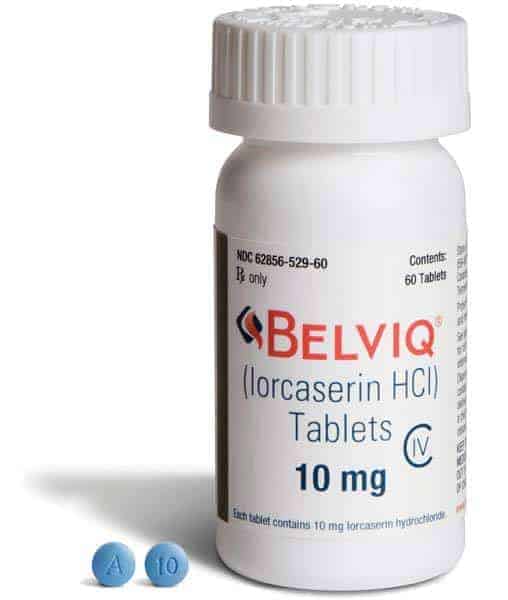 Belviq (Lorcaserin) – a radical drug for obesity. Is it worth using?

The problem of overweight, and especially obesity, is becoming an increasingly pressing issue in modern societies. Obesity affects not only adults, but also an increasing number of children, bringing with it threats in the form of serious diseases such as diabetes, atherosclerosis, osteoarticular degeneration, hormonal disorders, and even malignant tumors. When looking for effective means to lose weight, people struggling with excessive weight sometimes reach for extreme solutions, disregarding the risks associated with their use or valuing the potential profits more than the possible side effects.

Such a controversial weight loss product is Belviq (Lorcaserin), a prescription weight loss pill formulated in Switzerland. Belviq is not a dietary supplement, but a potent drug that affects the central nervous system and somehow “tricks the brain” by artificially producing a feeling of satiety.

Approved by the US Food and Drug Administration, it has not yet been approved for marketing in the European Union. And although scientists working on the formulation claim that the drug is safe and, unlike other pharmaceuticals of this type, does not cause damage to the heart, the European Medicines Agency has not decided to introduce it to our market.

The active substance here is a chemical compound called Lorcaserin HCL acting on the receptors responsible for the feeling of satiety. Patients taking the drug experience a significantly reduced appetite and as a result settle for smaller meals, which ultimately leads to a reduction in calorie intake and ultimately, in the long term, weight loss.

Thus, Lorcaserin works in such a way that by triggering specific biochemical transformations in the brain, it somehow controls the sensations of hunger and satiety, blocking excessive cravings. Belviq is intended only for adults with BMI over 30 and those with BMI over 27 if they suffer from any of the diseases associated with obesity.

The effectiveness of the use of the drug is said to have been confirmed by studies, although the experts themselves stress that even with long-term treatment it does not bring extraordinary results. Thus, in a group of patients taking Belviq for a year, it was found that only about 40% of them lost more than 5% of their body weight, while the average for the whole group was 3% of their initial body weight.

There is no doubt that much better results are achieved in combination with a low-calorie diet and regular physical activity.

A definite advantage of lorcaserin is a lower risk of heart disease than with other such medications. But, although this drug meets fairly strict requirements for efficacy and safety, it can cause side effects in the form of headaches and dizziness, general fatigue, back pain, digestive disorders, hypoglycemia. It is also worth noting a number of potential side effects related to the psychological sphere, such as: depression, excessive agitation, nervousness, rapid mood swings, insomnia, personality disorders, psychosis.

Despite the fact that Belviq (Lorcaserin) is apparently safer than its competitors, such as the popular Meridia or Adipex, it is certainly not an ideal drug. It may cause a number of side effects, and besides, it will not solve our problems with excess weight on its own. Doctors are also convinced that if you don’t change your lifestyle at the same time taking Belviq, the treatment may be ineffective. Undoubtedly it is worth to take into account all pros and cons before we decide to buy this product.

It took a long time before the new drug appeared on the American market. In 2010 the local agency FDA rejected its project because of the risk of causing serious diseases, including cancer and damage to heart valves. After modifications, the specification was certified in 2012 and since then it has been available for sale in USA. However, it is not available neither in Poland nor in Europe in the official commercial offer.

Of course you can buy everything online. However, there is a fear that we will find a counterfeit, which may prove dangerous to health or even life. And because the drug can not be formally sold in the European Union, we may also expose ourselves to legal liability.

Belviq – price and method of administration

The drug comes in the form of 10 mg tablets. It should be taken twice a day, one tablet at a time. The prescribed dose should not be exceeded in any case, and if after three months the weight does not fall by at least 5%, the treatment should be discontinued. The price of this medicine is about 200 € for a package of 60 tablets, which is enough for one month of treatment.

When deciding to buy a weight-loss drug, it is worth considering whether you want to take the risk associated firstly with the purchase of a drug from an unknown source and secondly, expose yourself to possible negative health effects resulting from its properties.

Instead of a synthetic substance interfering with the central nervous system, why not use one of the supplements based on natural ingredients, since the effectiveness of weight loss is largely determined by changing your lifestyle?

Why expose yourself to potential negative effects, when there are completely safe dietary supplements at hand, which use substances of plant origin! Especially since modern dietary supplements for weight loss are very effective in increasing metabolic rate, suppressing appetite and accelerating fat burning. One of them is Piperinox – preparation, which supports slimming on several levels and gives very good effects on the grounds of weight loss when used regularly, thanks to the content of, among others, piperine.