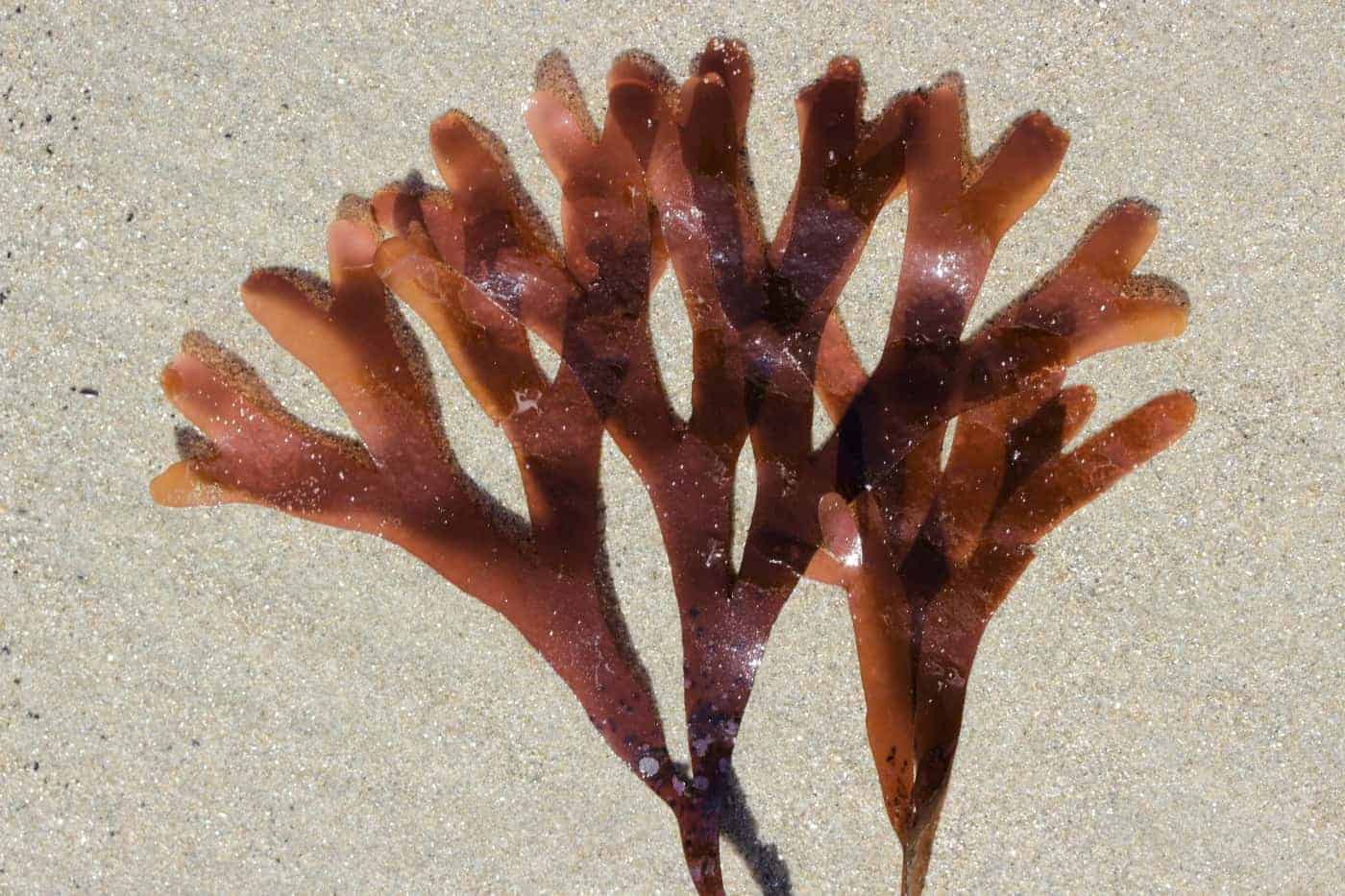 Historical research has confirmed that coastal peoples have used bladderwrack for medicinal purposes for at least several centuries. It was used as a remedy for laxity, for irritated skin, for thyroid goiter and for weight loss. Today, although not at the top of the list of most popular supplements, bladderwrack hake is in high demand by those suffering from hypothyroidism and looking to lose excess weight.

Bladderwrack – a common brown algae or a valuable source of nutrients?

Biologically, bladderwrack (Fucus vesiculosus) is an algae belonging to the brown algae family, widely distributed in the North Atlantic, on the west coast of North America and in the Baltic Sea. Since it became extinct on the Polish coast in the second half of the last century, it was artificially restored and is now under protection.

Similarly to other algae, hake does not have parts typical for land plants, i.e. stalks and roots, but it has so called pleonasm, a vegetative body in the form of a small bush covered with air bubbles. A single specimen can reach up to 100 cm. Bladderwrack algae are an important part of the marine ecosystem, not only providing shelter for fish, but also providing them with food. The nutritional value of this algae can be proved by the fact that sick horses fed with it during World War II recovered remarkably fast.

Properties of hake. What substances are contained in the husk and what effect does it have on the body?

When scientists took a look at the content of the algae, it turned out that in its composition there are large reserves of iodine and a whole range of other valuable minerals – zinc, manganese, magnesium, copper, potassium, sodium. The algae also contains vitamins A, B1, B2 and C, but most of all polysaccharides, phenolic compounds, carotenoids, chlorophyll, and finally large amounts of polyunsaturated fatty acids, which are important for health. Among the polysaccharides, alginic acid is the most interesting for the food and cosmetic industry and is used, among others, to thicken food products and cosmetics.

The unique composition of the husk makes it have anti-inflammatory, cholagogic, diuretic and laxative properties. The effect of hake on the body is also multifaceted, not only does it aid digestion, regulate bowel movements and stimulate urine secretion, but also proves helpful in rheumatism and arthritis, regulates blood pressure and inhibits the development of atherosclerotic plaques. Moreover, it stimulates the thyroid gland, supports the immune system, has a positive effect on the skin condition.

The significant presence of iodine stimulates increased production of thyroid hormones, which is why it is mainly used by people suffering from hypothyroidism of this gland. However this mechanism is also important in the case of weight loss, because it contributes to faster metabolism. It intensifies the burning of fats and sugars, facilitating the reduction of fat tissue. Thanks to polysaccharides, intestinal peristalsis is stimulated, bowel movement becomes more frequent and easier, which is also important in the process of weight loss, as well as increased urine secretion.

The alginic acid content also has additional advantages. It has the ability to absorb water and significantly increase its volume. Thus, it swells in the stomach, providing a feeling of satiety, which allows to significantly reduce the amount of calories consumed, and thus accelerate the process of weight loss.

Sea fucus – action. When is it worth using?

This iodine-rich algae is known above all as an agent supporting the work of the thyroid. But its universality lies in a much wider spectrum of effects, which indirectly results from the complex influence of the thyroid on the entire organism. The beneficial effects of hake relate to the following areas of the body:

Bladderwrack not only promotes weight loss, but also effectively combats its various ailments. Alginic acid, a specific type of fiber, in case of constipation facilitates defecation, in case of diarrhea it thickens the intestinal contents and prevents dehydration. It prevents flatulence, relieves symptoms of peptic ulcer disease, heartburn and reflux, according to some, may even prevent colon cancer.

According to many scientists, due to the presence of polysaccharides, especially fucoidan, sea-bream shows the ability to normalize the process of reproduction and cell growth, so consequently, it can block the development of cancer. In addition, fucoidan has the effect of lowering blood sugar levels, thus contributing to the inhibition of cancer.

Effects on the skin

The vitamins, minerals and antioxidants found in the fucus membrane create a kind of youth elixir. It smoothes and firms the skin, inhibits the formation of wrinkles, reduces discoloration, cleanses and moisturizes the skin. It is worth noting that although there are many creams on the market containing an extract from bladderwrack, it is much more effective to use powdered bladderwrack directly. It is mixed with water and applied to the face.

Other important properties and uses

This unique brown seaweed is also credited with anti-inflammatory effects, especially in cases of arthritis, gout, hemorrhoids. There is also a view that regular supplementation regulates cholesterol levels and protects the retina from lesions.

Seaweed for the thyroid – when is supplementation advisable, and when it can harm?

Most life processes are directly or indirectly related to the work of the thyroid gland. It is therefore not surprising that any anomaly in the functioning of this gland results in health disorders, sometimes seemingly independent of the thyroid. One of the most common disorders of the thyroid gland is hypothyroidism. If it is caused by iodine deficiency, treatment with bladderwrack can be very helpful, especially when accompanied by obesity, digestive problems, hypertension, atherosclerosis, edema, inflammation of the respiratory system.

However, a contraindication for the use of sea-bream is hyperthyroidism and hypersensitivity to iodine. It should also not be reached for if you are taking synthetic thyroid hormones.

Sea fucus – how to use. Varieties available on the market and multi-ingredient supplements with hake.

If you decide to take hake, under no circumstances should you collect the algae yourself from the beach, not only because it is protected, but also because it is often contaminated with toxic substances. Moreover, it is difficult to determine the concentration of iodine in such a situation. In pharmacies and specialist shops there is a sufficient assortment for individual choice – sea-bream in tablets or capsules, dried husks, sea-bream for drinking, in the form of granules, herbal tea, and finally ground sea-bream for external use.

Among supplements containing bladderwrack, the most popular are multicomponent preparations, with a diverse formula, supporting the work of the thyroid gland. One of these is Thyrolin, a supplement that actively supports thyroid health, restores hormonal balance and speeds up metabolism. In addition to hake extract, it includes zinc and selenium, biotin, vitania sluggard, ginger, and black pepper, among others. Improved thyroid function, assistance in the fight against excess weight and mental and emotional regeneration are the advantages of Thyrolin.