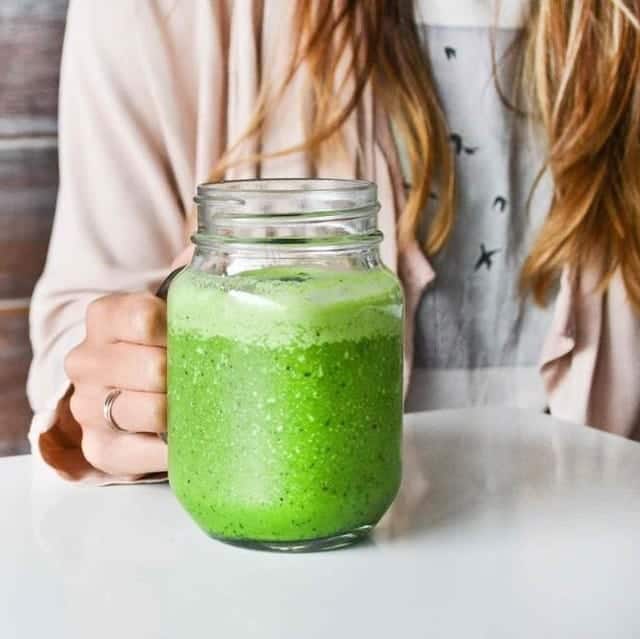 Body cleansing, choose the most suitable way for you to remove toxins!

Thehuman body is equipped with natural systems of cleansing toxins and metabolic waste, including lymph, kidney and skin. So it would seem that we do not need any detox. However the modern lifestyle and most of all the polluted environment cause, that in many cases these natural cleansing mechanisms are not enough. Then it is necessary to reach for additional methods facilitating the organism proper functioning.

Already in ancient times it was known that bad or too rich nutrition causes accumulation of various types of toxins, deposits, harmful substances. The problem is many times greater today, when in food, especially highly processed food, we have to deal with a huge amount of chemical substances. Added to this is their widespread presence in cosmetics, household goods, clothing, building materials, not to mention the air we breathe. There is virtually no product in our environment that is free of them.

As if all this wasn’t enough, we ourselves make the situation worse. We eat irrationally, preferring pre-packaged food, poor in polyphenols, antioxidants or fibre, which are crucial to our health, we drink too much alcohol, smoke cigarettes and do little physical activity.

All that makes the body unable to keep up with the removal of toxins, and their accumulation results in a decrease in immunity, deterioration of health, worse mood, disrupted intellectual performance. This is accompanied by adverse physiological symptoms – slower metabolism, digestion and excretion disorders, insomnia, fatigue, headaches and stomach aches.

What is it about and what effects does it bring to cleanse the body of toxins?

Performed from time to time detoxification of the body seems to be a necessity in this situation. The thing is to remove impurities and harmful residues of metabolism and accumulated substances from the polluted environment. Detox not only regenerates and strengthens the body, but also hydrates, deacidifies and oxygenates it.

These positive changes manifest themselves through measurable health benefits. This is because the functioning of the digestive system is normalised, resulting in the disappearance of previous digestive complaints, improved circulation, increased immunity, energy and well-being.

Even if in the first phase of detoxification some side effects appear, for example, weakness and headache, increased intestinal activity and excessive sweating, these are natural symptoms accompanying the detoxification and they disappear quickly.

What is more, the body cleansed, also thanks to a rational diet and increased physical activity, burns calories faster, which has a significant impact on our figure. There is no doubt that removing toxins from the body will benefit both our body and psyche.

How to cleanse the body of toxins? Home methods for detoxification

There are several tried and tested methods that we can implement on our own, led by various types of diets. However, it should be borne in mind that each cleansing treatment requires drinking plenty of fluids, mainly water, or herbal infusions or vegetable juices.

In turn, after it is finished, we should gradually introduce additional products, but remaining faithful to the principle of healthy eating and active lifestyle, because physical activity is one of the conditions of good health and slim figure. Otherwise, all the effort will quickly go to waste.

The most obvious way seems to be starvation. Of course, if you are in good health, you can starve yourself for a day every now and then, but a longer diet of this type, or one undertaken by someone suffering from a disease, can lead to disastrous health consequences and destruction of the body.

Much safer and more beneficial in the long run is a balanced fruit and vegetable diet, such as Dr. Dabrowski’s diet. It lasts a few weeks, the basis of the menu are mainly vegetables, but also fruits, herbs and whole grain cereal products, that is those foods which are rich in vitamins, minerals, polyphenols, fiber. Such a diet allows not only to thoroughly detoxify the body, but also to get rid of excess weight.

In contrast to the Dabrowski’s diet, the juice treatment should not last longer than a week, and its basis is a cleansing cocktail of fruit or vegetables drunk daily. This kind of drink we consume at least three times a day in the amount of at least half a glass.

The most effective in the context of cleansing will be juices from beets, carrots, sauerkraut, possibly celery, spinach, green cucumber. You can also reach for fruit: apples, citrus fruits, cranberries, mango. Vegetable soups with the consistency of cream and small portions of solid food are acceptable, the only thing is not to exceed 1400 kcal per day.

Cleansing the body of toxins with lemon

Lemon juice is a valuable source of antioxidants that protect cells from free radical invasion. It supports digestion and facilitates fat burning, normalizes acid-base balance of the body. It is an important support in the detoxification process, it is diuretic, in combination with water it dilutes and facilitates the excretion of toxins.

Water with lemon juice should be drunk every morning on an empty stomach, for at least two weeks. We can use lemon without any fear – it will provide us with a large portion of vitamin C and at the same time it is low-calorie.

Herbs can be of great help in cleansing the body as they work on two important levels. On the one hand, they support the digestive system, particularly the liver and intestines, and on the other, they stimulate the functioning of kidneys, thanks to which the process of filtration and removal of toxins is accelerated.

Therefore, if we want to make detoxification more effective, it is worth introducing the habit of drinking self-made herbal infusions or ready-made teas. However, since herbs work only in the long run, this kind of treatment must last at least several weeks.

Some of the most effective herbs with detoxifying effects include:

A recently popular cleansing treatment is flaxseed with kefir. Flaxseed, due to the content of unsaturated fatty acids and other substances, not only purifies, but also has a soothing effect on the mucous membrane of the stomach and intestines. Kefir also has a beneficial effect on the digestive system. The mixture of both components should be drunk one glass each in the morning and evening for a week.

How to cleanse the liver?

The liver is an organ with extraordinary regenerative properties. If given a chance, it is able to regenerate up to 50 percent in case of damage. The only thing is to give the liver such a chance. Meanwhile, we sometimes destroy it mercilessly. Toxins present in the air and environment, food, drugs, stimulants, burden it beyond measure and minimize its regenerative capacity.

The simplest way to detoxify the liver is through diet. And I do not mean restrictive starvation, although a one-day fast from time to time will certainly do it good. It is about a several-week treatment, during which certain principles characteristic of a healthy, low-calorie diet should be followed:

Additionally, you should drink infusions from the herbs mentioned above and such drinks as beetroot juice, grapefruit juice, cranberry juice or apple juice.

How to clean the intestines?

Improper nutrition, lack of physical activity or problems with defecation contribute to the accumulation of undigested food remains in the intestines, which, mixed with toxins, form so called intestinal deposits. Their retention may in turn lead to serious health problems. To avoid this, you need to take appropriate action. Their basis is primarily a proper diet, which will lead to the regulation of bowel movements.

Products rich in fiber, i.e. dark, whole-grain bread, groats, bran, oatmeal, vegetables, fruits, and pickles should be introduced to the daily menu. It is worth replacing one of the meals with fruit and vegetable juice, drink 2 litres of water a day, move more. You can also help yourself with mixtures of herbs that promote digestion.

The role of supplements in cleansing the body

If we do not have time to brew herbs, and the situation requires an immediate response, then regardless of the diet, it is worth reaching for tablets to cleanse the body. There are many dietary supplements on the market today that serve this purpose. Among them, multicomponent specifics such as Spirulin Plus or Detoxyn deserve special attention.

Spirulin Plus, which contains algae, spirulina and chlorella (algae are a rich source of antioxidants, vitamins, minerals, proteins and unsaturated fatty acids), alfalfa, dandelion and nettle, has a multi-faceted effect, stimulating the metabolism and accelerating cleansing, activating the immune system and restoring the acid-base balance.

Detoxyn works in a similar way – it mobilizes the body for more effective cleansing, contributes to increased immunity, and also protects the liver. It is also useful in the fight against fungi, bacteria and parasites.