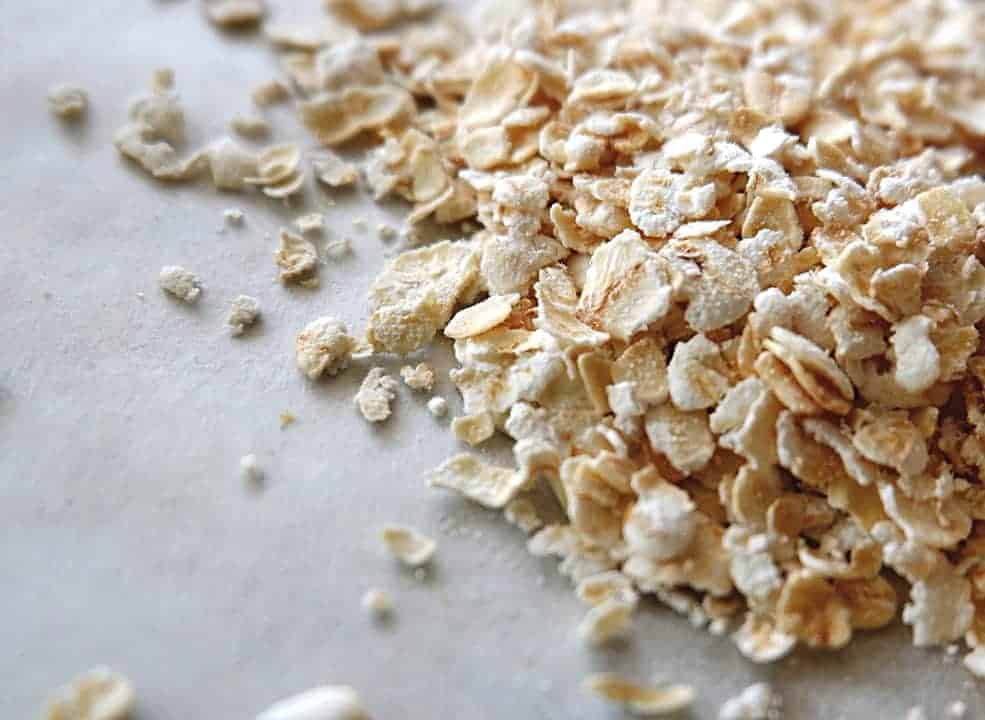 Bran is the outer layer of grain, a residue from the processing of wheat, rye, oats and other cereals into flours or groats. Bran is rich in a number of valuable nutrients, which are absent or present in small amounts in already processed grain, especially white flour. They are healthy and low-calorie food, recommended as an addition to meals, not only for people losing weight.

Cerealgrains are covered from the outside with a coating, whose task is to protect the grain itself. During processing, the grain is deprived of its outer covering and sometimes also of the layer underneath. Flours and groats obtained this way lose a lot of their nutritional values, especially fibre, some unsaturated fatty acids, starch, minerals and protein, while bran, which is a waste product from the technological point of view, remains intact.

Dietary fiber consists of an insoluble fraction, which absorbs water and toxins, and a soluble fraction, which is a food for beneficial bacteria in the gastrointestinal tract, responsible for fighting against various pathogens. Fibre contained in bran fights constipation and regulates bowel movements. It also plays an important role in prevention of colon cancer, varicose veins, haemorrhoids, hernia.

Among the advantages of bran are for example:

All this, however, does not mean that we should consume them in unlimited quantities, because under certain circumstances they can cause negative effects.

Check: What to eat to lose weight

Bran undoubtedly helps to lose excess kilograms. First of all, fibre contained in them swells, increases its volume and thus prolongs the feeling of satiety after a meal. Thanks to this we do not feel hungry and we limit the amount of food. Bran alone is not calorific enough to contribute to weight gain, but it has enough nutrients not to cause weakness of the body. At the same time it has a soothing effect on the intestines, absorbs toxins, removes deposits, lowers the level of bad cholesterol.

If there are no contraindications, it is worth to treat yourself from time to time to a one-day cereal diet, consisting of eating only bran and cereal in different forms. In this way, we will speed up the metabolism and cleanse the body of toxins, while getting rid of half to a kilogram of weight. It is certainly desirable to include cereal bran as a permanent part of the daily menu, not only for weight loss, but simply as a component of a healthy diet. The effects will be even better if you exclude unhealthy products from your diet – white bread, sweets, fatty foods, processed foods.

However, we must take into account the fact that, as in the case of other products, we cannot overdo it with bran. High content of fiber delays absorption of other nutrients and some drugs, may also slow down intestinal peristalsis, cause constipation, irritate the mucous membranes of the gastrointestinal tract. According to nutritionists, 30 grams a day is the maximum dose, and not consumed at one time. You should start with a smaller amount, gradually increasing it to the maximum and drink much more water than before.

Types of bran available for sale

In stores, we can buy both natural wheat bran, oat bran, rye bran, spelt bran, buckwheat bran and corn bran, as well as flavored granulated bran, the latter, however, lacks much in originality and value to the real cereal leftovers.

Wheat bran is the most popular, especially because of its high fiber and low sugar content, it strongly accelerates metabolism. The high content of insoluble fiber fraction improves intestinal peristalsis, and B vitamins have a beneficial effect on the breakdown of carbohydrates, proteins and fats, as well as on the nervous system. Their calorific value is about 270 kcal per 100 g. Wheat bran is also characterized by high levels of iron, magnesium, potassium, copper, zinc, iodine, but also phosphorus, which, unfortunately, is not very beneficial, especially for people suffering from kidney and urinary tract diseases.

Oat bran is considered to be the healthiest. It is true that they contain less fiber, mainly the soluble fraction, but since in contact with water it takes the form of a viscous gel, it has a positive effect on the mucous membranes of the gastrointestinal tract and provides food for the good bacteria inhabiting it. The main advantage of oat bran is the ability to lower cholesterol and triglycerides, which contributes to reducing the risk of vascular atherosclerosis. In addition, they absorb fat, and due to their higher content of unsaturated fatty acids, they contribute to better lipid parameters in the body. Calorific value of oat bran is about 380 kcal per 100 g.

Ryebran, just like wheat bran, has insoluble fiber fractions, thanks to which it promotes weight loss. Fiber swells in the stomach giving a feeling of satiety, besides, it is relatively low in calories, about 280 kcal per 100 g. They are especially recommended for people with hypertension or heart diseases, because they contain large amounts of potassium and magnesium, with relatively small amounts of phosphorus and zinc.

Spelt bran comes from an old, but recently returning to favor, variety of wheat, and it contains more nutrients than standard wheat. They are rich in iron and calcium. They also contain a lot of fibre, which helps regulate bowel function. The energy value is about 280 kcal per 100 g.

Buckwheat bran, in turn, is distinguished by the highest content of protein, even 40 g per 100 g of product and high level of magnesium and zinc. On the other hand, they have less fibre, i.e. about 13 grams, and their energy value is about 340 kcal per 100 g of the product. Due to their properties, they are particularly recommended for people suffering from anemia and active athletes.

Corn bran has the highest fibre content among cereal bran, namely about 75 g per 100 g. It also contains a lot of magnesium, but also phosphorus, B vitamins, potassium and iron. 100 g of corn bran is about 225 kcal.

How to eat bran – a few fit recipes

The unquestionable advantage of bran is that it can be added to virtually any meal. At the beginning, it is enough to add a small spoonful to yoghurt, and over time you can start adding it to salads, soups and sauces. You can also be tempted to make special dishes with bran. Here are examples:

Put 250 ml of kefir, a tablespoon of bran, a handful of blueberries, raspberries, strawberries or other small fruits in a container, mix and ready.

300 ml of kefir, a spoonful of bran, a handful of fresh spinach, a banana. Pour kefir over bran for a few minutes, add spinach and banana, mix everything until smooth.

Wash any fruit, cut larger ones into cubes, put into a bowl, sprinkle with lemon juice, mix, sprinkle the top with bran (about 1 tablespoon).

4. oat biscuits with bran (with a vanilla note)

Put all the ingredients into a bowl, knead to a smooth paste, then form small balls, put them on the baking tray in large spaces, slightly flatten. Bake at 180 degrees about 15 minutes, until browned. 5.

Slice the meat, rub in salt, pepper and garlic. Whisk egg, coat meat slices first in egg, then in bran, fry in pan or bake in oven.

Check: Ranking of the most effective tablets for weight loss