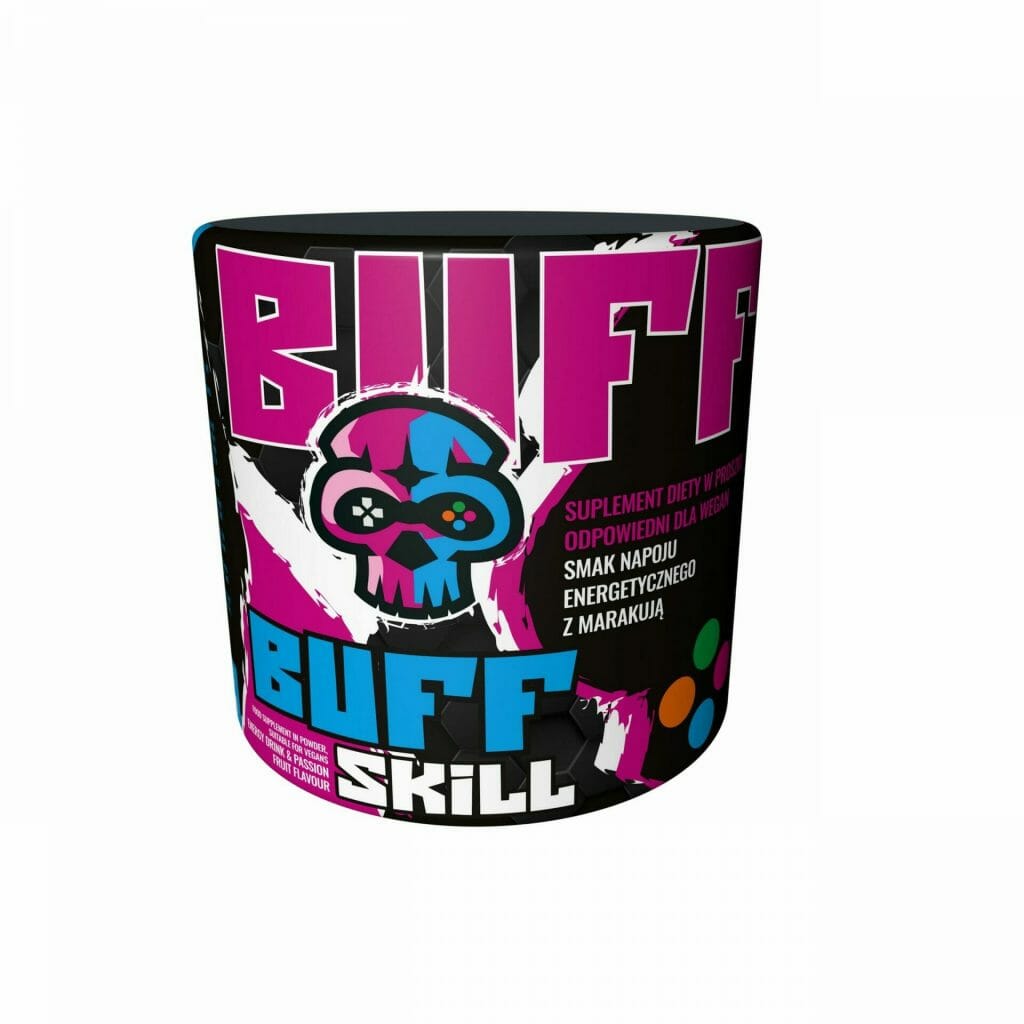 Buff Skill – Well-absorbed fuel for the brain. Increase your mental potential and get rid of fatigue!

Buff Skill is an innovative supplement intended for people who value high brain efficiency, including computer gamers and white-collar workers. Buff Skill enhances abilities such as concentration, reflexes, alertness and the speed of thinking. At the same time it adds energy and eliminates signs of fatigue. Buff Skill will not only help you chase away fatigue and get back into high gear, it will also help you turn it up. If you want to safely increase your mental potential and at the same time improve your performance in specific tasks, missions and projects, Buff Skill should attract your attention.

The number of people spending long hours in front of a computer and exposed to high mental effort is constantly growing. Unfortunately fatigue and exhaustion of intellectual resources often makes it impossible or disturbs us from achieving our goals. Meanwhile, we would like to maintain high mental performance at all times, without the effects of slowed thinking, decreased concentration or attacks of sleepiness.

Who is particularly exposed to high brain strain and mental decline?

Although exhaustion and fatigue are mainly associated with physical effort, also high mental effort (especially frequentAlthough we associate exhaustion and fatigue mainly with physical exertion, also great mental exertion (especially frequent exertion lasting many hours) translates into “draining the batteries” in the organism and a general decline in form. Mental fatigue not only increases physical fatigue, but also contributes to lowering immunity and easier “catching” of various infections, colds, diseases.

The main symptoms faced by people who heavily exploit their brain are:

Buff Skill is a supplement designed to eliminate such problems, increase resistance to fatigue and stress, and improve mental performance.

Thanks to a special composition of active substances, our psyche functions better, the brain and body work better together, and as a consequence our whole body functions better. Buff Skill is made up of 17 carefully selected ingredients, each of which has a positive effect on the brain and nervous system.

Both gamers and everyone for whom a good mental condition is a priority need a multi-ingredient brain booster which improves thinking processes, supports neurons, and effectively combats fatigue. This is exactly what Buff Skill is.

Buff Skill stands out thanks to its well-rounded composition, which takes into account the needs of people who work their brains to the max. As well as important vitamins which support the nervous system, the supplement contains energising substances and neurotransmitter regulators which optimise brain function.

Buff Skill – effects. Why is it worth taking the supplement?

Effects of the supplement:

Dietary supplements in the form of multi-ingredient brain boosters are growing in popularity. Also Buff Skill, although it has only recently entered the market, can boast of great popularity among customers. Reviews of Buff Skill are mostly very positive, both from computer gamers and other people looking for a prescription for poor mental performance.

Both in terms of boosting energy, increasing brain potential, relieving stress, and improving mental fitness in general, Buff Skill is rated highly. It has received particularly high praise recently from those involved in e-sports.

If you are interested in buying Buff Skill, we refer you directly to the manufacturer’s website , where you can buy the supplement at discount prices.