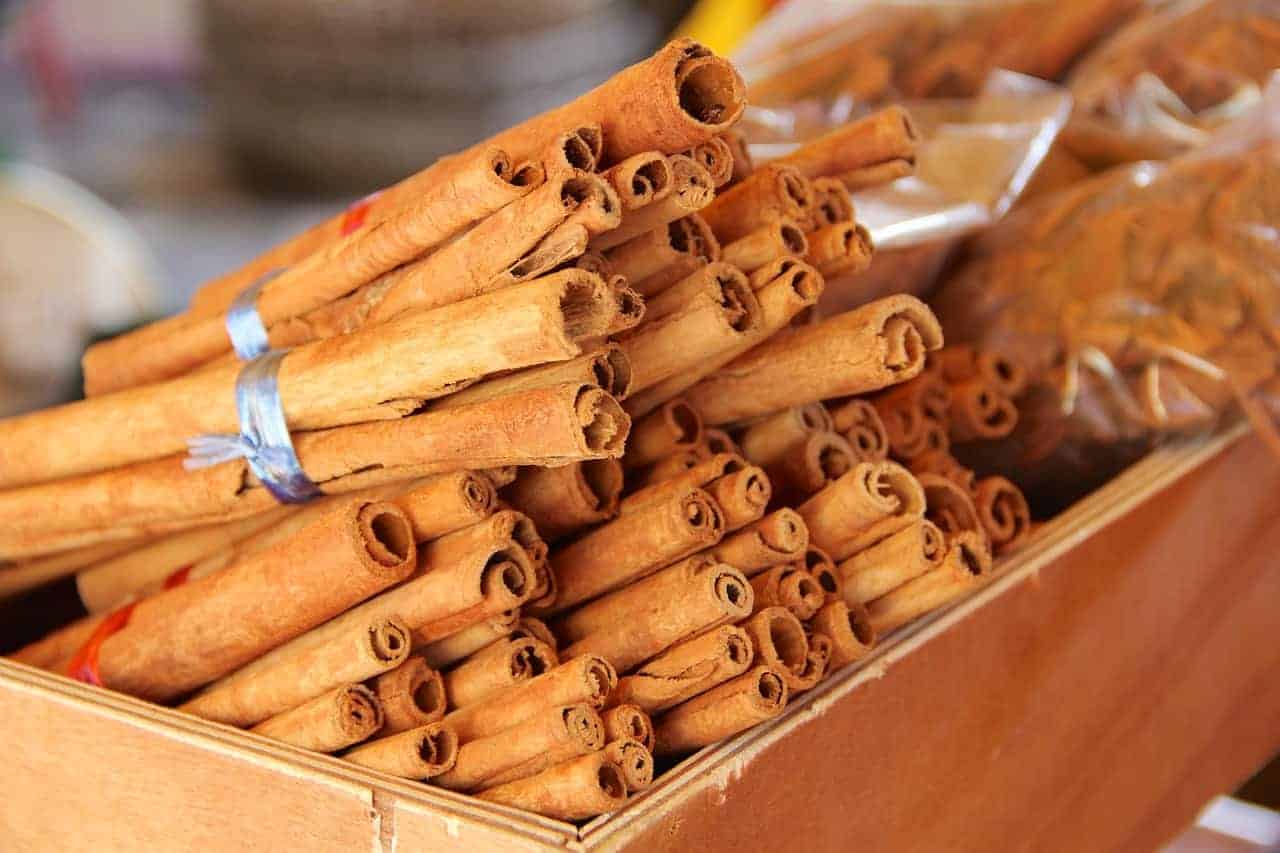 Cinnamon – for weight loss, for health, for taste!

Cinnamon is one of the most valued spices, characterized by an exceptionally appetizing, distinctive aroma, invariably associated with tasty pastries. However, not everyone knows that in addition to flavor, it has numerous health properties and can be an important ally in weight loss.

The spice we know in the form of powder or whole sticks is obtained from the dried bark of a tree called cinnamon, which belongs to the laurel family and grows in Asia. The most prized and potentially least harmful when consumed in excess is the Ceylon cinnamon variety. In ground form, it is lighter in color than the Chinese variety, and its rolls roll up bilaterally rather than into a single stick like cinnamon native to China.

Cinnamon, in addition to significantly increasing the flavor of many dishes, is also a source of calcium, iron and manganese. It adds energy and vitality, improves digestion, lowers sugar and cholesterol levels and blood pressure. It is helpful in treating colds and upper respiratory tract infections, acts antipyretic , anti-inflammatory and antibacterial. It significantly supports the treatment of diseases caused by Candida fungi. Its positive role in improving the work of the brain is also indicated, it supposedly improves memory and concentration, has a beneficial effect on other thought processes.

Due to its antiseptic, antioxidant and refreshing properties, cinnamon bark and oil are also used in cosmetics, in the production of creams, ointments, perfumes, lotions (including those fighting cellulite).

In addition to the above-mentioned attributes, cinnamon bark extract not only has a beneficial effect on the digestive tract by treating flatulence, indigestion, diarrhea or stomach problems, but can even prevent stomach ulcers, hyperacidity, food poisoning. The beneficial effect of cinnamon on the digestive tract also causes the effects expected by many people struggling with excessive body weight. It is included in the group of thermogenics, because it speeds up metabolism, improves digestion, regulates the work of kidneys, so the body cleanses itself more efficiently, moreover, it suppresses the appetite for sweets, which in many cases are the cause of weight gain.

The recipe for a cocktail consisting of a glass of yogurt or kefir, half a teaspoon of cinnamon, half a teaspoon of ginger and a pinch of chili is recently popular among slimming surfers. This kind of mixture undoubtedly has a mobilizing effect on the metabolic process and helps you lose weight. Cinnamon for weight loss is certainly a useful tool when it comes to burning fat and generally fighting with unnecessary kilograms.

However, you have to keep in mind that like any food, even natural, consumed in excess can be harmful, in this case primarily due to the presence of coumarin. People suffering from kidney, liver or gastrointestinal ulcers, as well as pregnant women, should limit the consumption of cinnamon, but also healthy people are not recommended to eat it in whole teaspoons, and only use it as an addition to other dishes.

In addition to the aforementioned milkshake, a health-promoting combination known since ancient times is honey with cinnamon. Such a mixture first of all warms up, which speeds up metabolism, regulates the level of cholesterol, glucose and blood pressure, protects against digestive tract problems. Cinnamon and honey increase immunity and vitality, help to fight infections, improve the quality of mental functions and sleep.

A glass of honey should be slightly heated, add a teaspoon of cinnamon, mix the whole well and drink one tablespoon every morning on an empty stomach.

Baked rice with apples and cinnamon

Peel apples, cut into cubes, sprinkle with lemon juice, mix with a bit of sugar (or xylitol). Whisk yolks with the rest of the sugar (or xylitol), add to rice, as well as the other ingredients – raisins, cinnamon, apples. Grease the ovenproof dish with butter, put in the rice and sprinkle sugar on top. Put in the oven preheated to 180 degrees, bake for about 15 minutes.

Mix flour with cinnamon, ginger, baking powder. On a pastry board chop flour with cold butter, add sugar and egg, knead quickly to a smooth paste. Shape it into a ball, put in the fridge for at least half an hour. Then roll out to a thickness of about 5 mm, cut out any shapes, place on a baking sheet lined with baking paper. Bake for about 15 minutes in an oven preheated to 180 degrees. After it cools down you can spread icing on it.

Flakes, flour, milk, egg, salt and cinnamon combine to a smooth batter, like for pancake batter, only a bit thicker. Spoon it into hot frying pan (preferably oil with neutral smell), form pancakes, fry until golden brown on both sides. After frying put some fruit on the top, for example prunes or stewed apples, if necessary sprinkle with powdered sugar.

Preparation of such a drink does not require any effort, and provides not only pleasure, but also energy.

Peel and slice the banana, put it in a tall container, add natural yogurt and a pinch of cinnamon and blend.

Check: Ranking of the most effective pills for weight loss