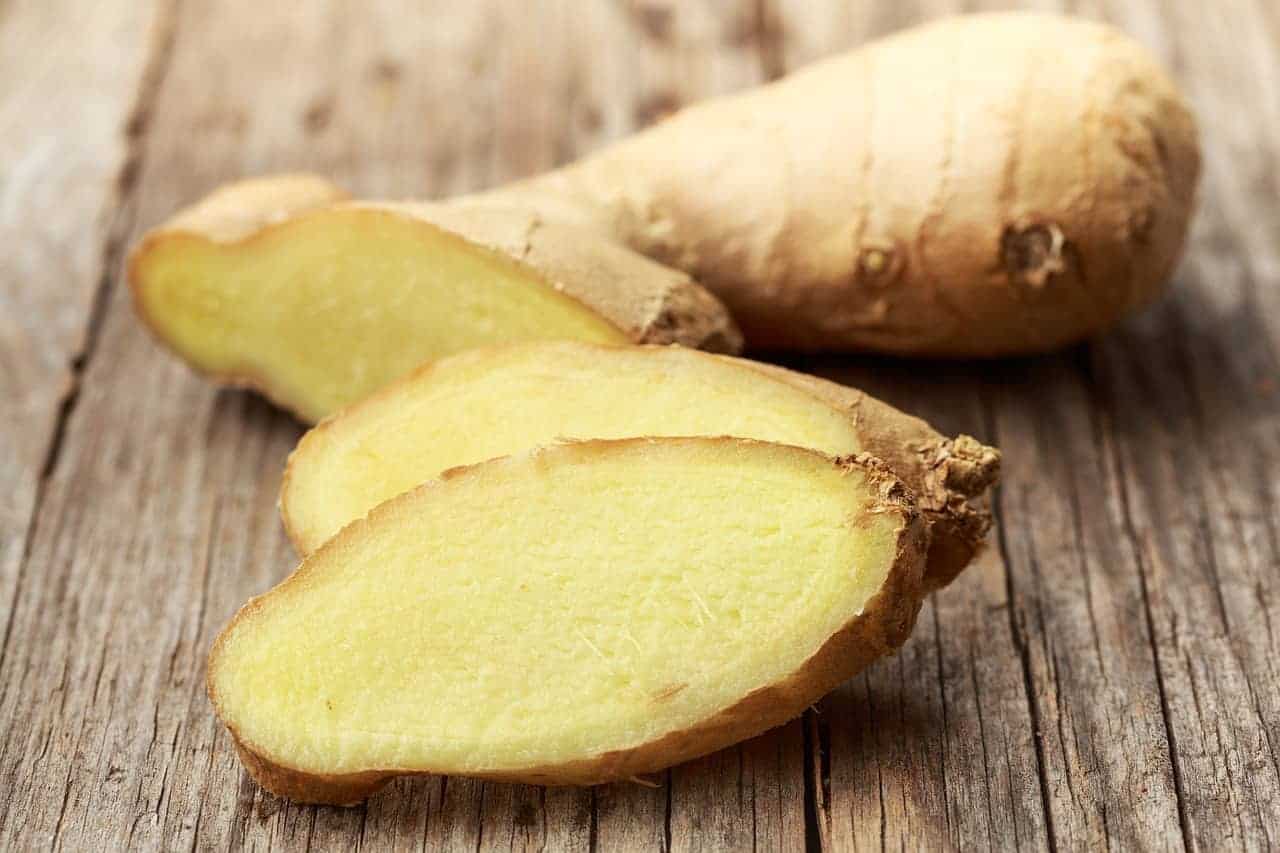 Ginger – for weight loss and more. Discover the power of a natural remedy!

We usually associate ginger with Indian cuisine, but there is no certainty as to its original origin. It grows wild in Asia, but is also known in Australia, the Pacific islands, Africa and South America. It came to Europe thanks to a Persian physician and scholar, Avicenna, who lived at the turn of the 10th and 11th century and described its health-promoting properties. Today ginger root is not only a spice characteristic for Far Eastern cuisines but also a plant valued for its slimming and healing properties.

The plant we know as ginger has many varieties. In Europe we most often use the so-called ginger, the root of which is not only a tasty spice used in soups, meats, salads or desserts but also shows a number of health-promoting or even medicinal properties. This is due to the unique content of the root of this plant, namely protein, fat, fiber, calcium, iron, magnesium, zingiberol and phenolic compounds.

The health beneficial properties confirmed by research include:

Since ginger root contains a number of antiviral, antibacterial and anti-inflammatory substances, it is excellent for treating colds and minor infections. It not only warms but also increases the secretion of mucus, making it an important aid in treating respiratory ailments.

Ginger teas and infusions have been used to treat this type of condition since ancient times. The consumption of ginger is also recommended for joint pain and arthritis and its effectiveness is confirmed by the fact that it is an ingredient of many warming ointments. Good effects are also given by applying directly on the aching joints or muscles raw, grated root. Such a compress or bath with grated or powdered ginger will also bring relief in migraines or for tired muscles and legs.

On the other hand, the essential oil contained in ginger stimulates the secretion of gastric juices, thus facilitating digestion and eliminating problems such as bloating, constipation or heartburn. Adding powdered root or fresh pieces to meals has not only taste, but also health benefits. Due to its relaxing effect, it helps women during menstruation. It is also worth mentioning that ginger is said to have aphrodisiac qualities, so it is recommended for people who want to improve their libido.

Ginger – how to eat it and in which dishes you can include it?

Until recently most of us associated ginger with tea or a drink with honey served in case of a cold, or with mulled beer or wine with this spice.

Meanwhile, the possibilities of using this valuable plant are much wider. Depending on whether we buy it in the form of powder, pickled, candied or fresh root, it can be used in various ways.

Ground ginger is an excellent addition to soups, sauces, cakes and baked fruit. Candied, because of the sharpness cut into smaller slices, can be treated as a small snack, or as a medicine for sore throat (in this case, however, raw will be better).

A huge field of possibilities is created by ginger in its raw form. Added to meat or seafood, it will not only diversify and enrich the taste of the dish, but also make it more warming, which will result in faster burning of fat and calories. Fresh ginger goes well with tea, in which case it will have a warming function, as well as with various fruits and vegetables, which will make a tasty and healthy cocktail.

Just put a pineapple, kiwi or banana, or kale, green cucumbers or spinach in the blender, add two slices of raw ginger, a couple of ice cubes, lemon juice and combine everything into a smooth mass. Enjoy!

This plant, in addition to a number of valuable health properties, is also an ally in the fight against excess weight. The substances present in the rhizome, namely zingiberol and phenolic compounds: gingerol, zinferon and shogaol, responsible for the sharp, burning taste, are thermogenics stimulating the burning of fat reserves. Thanks to this, the entire process of metabolism is accelerated, which is an outstanding aid in weight loss. Moreover, ginger, both fresh and powdered, stimulates the secretion of digestive juices, which additionally boosts metabolism and has a relaxing effect on the smooth muscles of the digestive tract, making defecation easier.

Finally, the substances found in ginger stabilize the level of leptin, i.e. the hormone responsible for the feeling of satiety, and improve blood circulation, at the same time making it easier to cleanse the body of toxins.