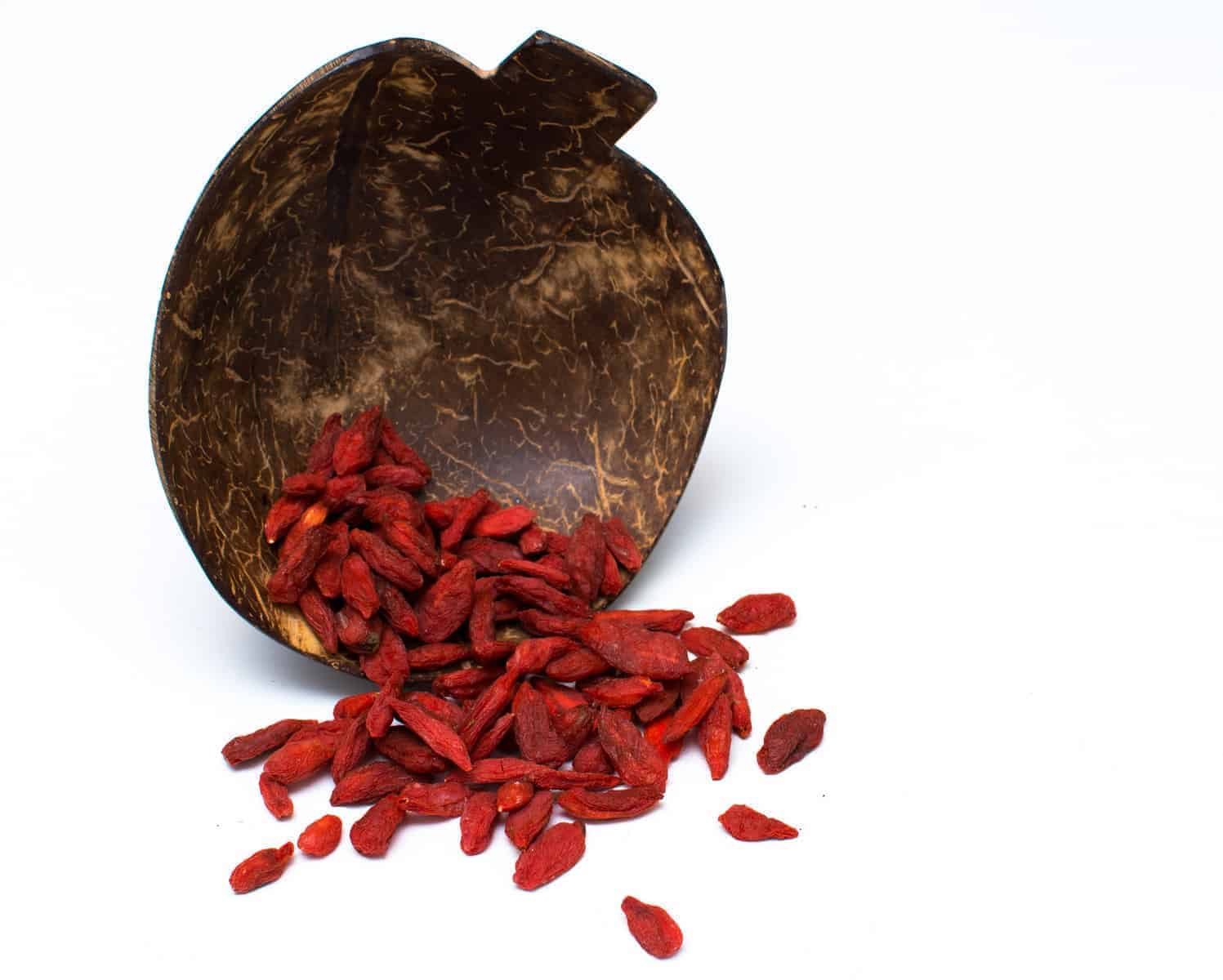 goji berries are fruits of thistle, a plant from the solanaceae family, which grows in subtropical and temperate climates of Tibet, Mongolia and China and is currently cultivated in many other countries around the world. Due to their extremely valuable properties, goji berries have been used in Chinese medicine since ancient times. Sometimes called the world’s healthiest fruit, they were used as a remedy for many diseases and, most of all, as a panacea for longer youth and good psychophysical condition.

According to ancient Chinese books, a wise man lived to be 225 years old in good health thanks to the consumption of berries. Regardless of whether we believe in the magical power of berries, we must trust scientific research. They confirm the exceptional nutritional value of these berries, which is not without effect on our health.

Blueberries goji contain a lot of important nutrients – vitamins, minerals, amino acids, polysaccharides and other valuable substances. First of all, they are a rich source of carotenoids, including beta carotene. There is more immunity-strengthening vitamin C and youth vitamin E in them than in any other plant.

They also contain B vitamins, iron, zinc and selenium, calcium, copper, phosphorus and germanium, which studies have confirmed its anti-cancer activity. Moreover, goji berries contain polysaccharides, which strengthen the immune system, fatty acids and amino acids, including those which are not produced by the body; zeaxanthin and lutein, which support eyesight; and fibre, which improves the digestive process and is beneficial for people losing weight.

Ancient Chinese medicine attributed to this fruit the ability to regenerate kidneys and liver and the healing properties helpful in lung diseases, heart diseases and rheumatism. What’s more, goji berries were thought to delay the aging process, dubbed the fruit of longevity, which is highly likely due to its rich antioxidant content.

The presence of antioxidants is of great importance not only for the regenerative processes of cells and slowing down their aging, but also for the prevention of cancer, especially in relation to stomach, colon, and prostate cancer, and for the proper functioning of the immune system.

They also have a beneficial effect on the functioning of the nervous system – they improve mood, soothe the nerves, make it easier to fall asleep, improve memory and concentration, and minimize the symptoms of migraines. The goji berries are also said to have a beneficial effect on the reproductive system. Namely, they increase potency in men and normalize the menstrual cycle in women.

Anyone who has ever tried to lose weight, knows very well that losing weight is not a simple matter. Often neither a strict diet nor strenuous physical exercises bring the expected results. Sometimes the body needs a strong stimulus to get the metabolism going and burn calories faster. Blueberries goji can be such a stimulus. Weight loss with their assistance can be faster and easier for us. Apart from many other pro-health or even medicinal properties, these berries have features that help reduce body fat. They are known for this to such an extent that their promotion as a healthy food was taken up by such celebrities as Madonna, Angelina Jolie or Tom Cruise.

The slimming power of goji berries is primarily due to the presence of fiber. This substance not only facilitates digestion and bowel movements, but also causes a feeling of satiety, effectively blocking appetite. A small portion consumed daily will turn up the metabolism without providing too many calories, moreover, without causing, as is the case with other fruits, an increase in blood glucose levels. In addition, which is also important for weight loss, berries kolcowoju. They cleanse the body of toxins.

However, it is fair to point out that while goji berries are undoubtedly helpful for weight loss, they will not work miracles on their own. There is no food or supplement in the world that can effectively burn fat and reduce weight while you are not physically active and have unhealthy eating habits. Exercise and a balanced, low calorie diet, combined with goji berries, is the best recipe for achieving and maintaining a slim figure. So it’s worth reaching for them, all the more so because in addition to reducing body fat, they bring us a number of other health benefits.

That’s why we are surprised by some of the opinions of internet users who complain that they consumed blueberries goji and did not lose weight at all, and do not mention any change in their lifestyle. It’s hard to argue with such comments if someone is not aware that none of the supposedly miraculous fat burners will work when we provide the body with too many calories and absolutely do not help it in their transformation into energy.

Blueberries goji – how to eat

In our market, these berries are available in dried form and bio juices. Dried goji berries are a great addition to breakfast cereals, all kinds of salads, smoothies, drinks, cakes and other desserts, but also to soups or meats. They are also a part of various herbal and fruit teas. Apart from that, we have fruit juices goji and capsules or tablets, which are convenient in everyday use and contain a safe dose.

There is no doubt that, like all berries, cherry berries have plenty of beneficial properties for the body. Nevertheless, these exceptionally cannot be eaten to excess, you should consume no more than 15-20 grams per day. If you regularly take medicines, you should be very careful, and it is best to consult a doctor, because the substances contained in berries can interact dangerously with some drugs.

goji blueberries – recipes, or examples of use in the kitchen

The easiest way to use goji berries is as a health tea. Just pour boiling water over dried berries, leave under the lid for several minutes and then add a teaspoon of honey. Such a portion of vitamins will undoubtedly mobilize the body to greater activity.

An equally easy way of consuming them is adding a portion of berries to oatmeal, cereal, muesli or yoghurt. Grinded in a coffee grinder and mixed with strawberries and banana, they will result in an exceptionally tasty and smoothie impressive result.

Cowberries are also a delicious addition to salads. For example: mix a portion of rocket with a spoon of olive oil, add about 20 dkg crumbled feta or goat’s cheese, season to taste with lemon juice, or salt and pepper, add a spoonful of berries, mix and a delicious salad is ready. You can add strawberries or other fruit.

A more labor-intensive version is oatmeal cookies with berries goji. Mix a cup of rye flour with a teaspoon of baking powder and 3 teaspoons of cinnamon. In another bowl mix the egg with a glass of milk, 4 tablespoons of oil and a tablespoon of honey. Add the mixture to the flour, mix, add a cup of oatmeal and the other one of wheat bran, 50 grams of dried blueberries and the same amount of cranberries.

Combine everything into a smooth mass, using a spoon form cookies, which put on a baking tray lined with baking paper. Bake 15-20 minutes in an oven preheated to 200 degrees.

Check also: Slimming pills, which you must know when fighting with excess weight