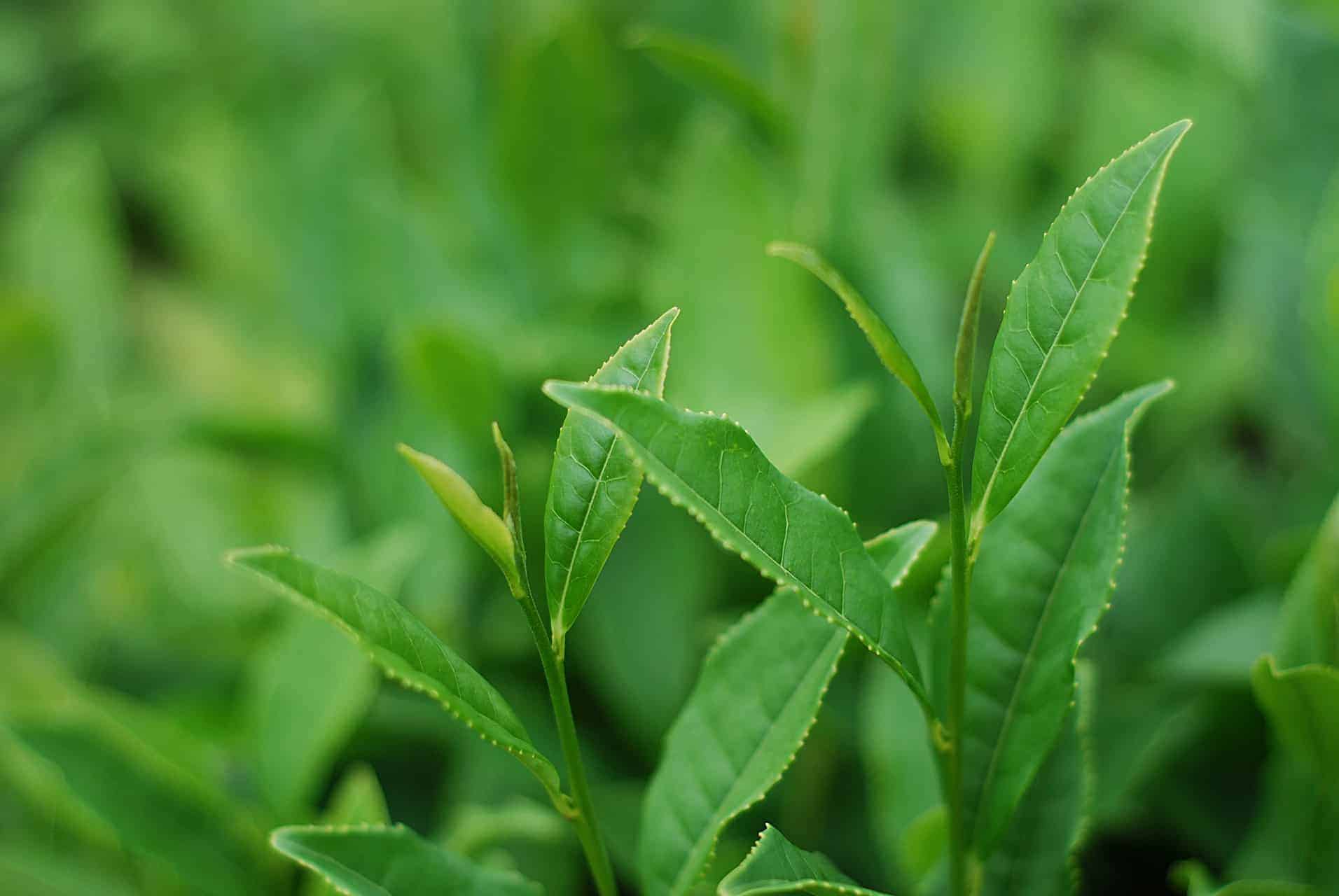 Green tea for weight loss – discover the power of the oldest and most famous Chinese tea!

It came to us from Asia. Originally cultivated in China, it conquered Japan, where it became an inseparable element of the traditional tea ceremony, and then the whole world. Appreciated by gourmets, considered the world’s healthiest beverage, it has recently become extremely popular among people struggling with the problem of excess weight. Is green tea really effective for weight loss?

Followers of Eastern natural medicine believed that drinking this drink is a recipe for longevity. Indeed, this fine-tasting tea has a number of health benefits thanks to its valuable ingredients, which remain intact as the plant is not fermented. Green tea, for example, contains significantly more catechins and polyphenols than black tea. The substances found in this plant cause it to exhibit many qualities that help the body function on different levels.

Green tea is best known for its beneficial effects on the metabolic process, namely it facilitates digestion, inhibits cholesterol absorption, soothes disorders of the stomach and digestive system, protects against rapid changes in blood sugar levels. It is also invaluable in the prevention of many diseases, especially of the cardiovascular system. By preventing narrowing of the blood vessels, it minimizes the risk of hypertension, atherosclerosis, heart attack, brain stroke.

Beneficially influences the general immunity of the organism supporting proper functioning of the immune system thanks to the presence of polyphenols, catechins, amino acids, tannins and other substances. That is why, as well as thanks to its interaction with vitamins and minerals, it turns out to be an important ally in the fight against infections. What is more, powerful antioxidants contained in green tea constitute a protective barrier against harmful carcinogenic compounds.

Drinking green tea also has a positive effect on mental performance. It supports concentration and memory, associative and learning abilities, regulates (among others thanks to a compound called L-theanine) proper levels of dopamine and serotonin, improving mood and frame of mind. When brewed for a short time, up to three minutes, it stimulates and refreshes, gives energy and increases performance. Longer brewing reduces stress, calms and relaxes. Regular consumption of this drink is even supposed to minimize the risk of depression and prevent arteriosclerosis and senile dementia.

Finally, due to the presence of powerful antioxidants, it delays the aging process especially with regard to the skin. No wonder that green tea is a component of many facial care products. It protects the skin against photo-aging, gives it a glow, reduces the appearance of wrinkles and discolorations and thanks to its antibacterial and anti-inflammatory properties, helps to deal with various skin problems.

The abundance of beneficial chemical compounds, especially polyphenols, and among them mainly catechins, makes this tea not only anti-inflammatory, anti-neurodegenerative, slowing down aging, and anti-cancer, but also very helpful in the process of weight reduction.

Catechins (including the extremely valuable epigallocatechin gallate or EGCG) limit fat absorption and have a significant impact on metabolic processes taking place in the liver. Polyphenols, in turn, inhibit the absorption of fats by the body and increase their consumption, while methylxanthines contribute to enhanced thermogenesis, which in turn leads to an increase in energy expenditure.

The slimming properties of green tea result from a wide spectrum of its effects. First of all, it facilitates metabolism, especially with regard to heavier foods, while alleviating digestive disorders. Next, it reduces the absorption of fats and glucose, and therefore cholesterol. At the same time, it intensifies thermogenesis, which speeds up metabolism and contributes to a faster rate of fat burning.

To enhance the slimming effect of green tea, you should drink it about 20 minutes after a meal, because then, before the food is digested, it will be most helpful in burning fat.

So green tea for weight loss will prove to be an important ally, provided that you do not limit yourself to it, but take care of a proper diet and physical activity. In addition, you need to remember that it can also have certain adverse effects.

First of all it should not be combined with medicines, especially those affecting the nervous system, because it may result in increased blood pressure, dizziness, palpitations. Excess green tea may increase the risk of anemia, because polyphenols inhibit the absorption of iron and osteoporosis, due to calcium leaching. Finally, the tannins in green tea irritate the stomach, so it is better to avoid drinking it on an empty stomach.

Find out how to lose 5 kg fast

How do I brew green tea?

In this case, the method of brewing determines the effectiveness of the drink. Never pour boiling water over the dry tea but water at a temperature of about 80 degrees. Shorter steeping means a stimulating effect, longer – relaxing. The drink can be varied by adding, for example, a slice of lemon after brewing. This combination is not only tasty but also particularly beneficial for people on a diet, because it helps to burn fat faster.

A similar metabolism-boosting effect can be achieved by adding mint and ginger or, if you have digestive problems, chamomile and a few aniseed seeds. Green tea can also be made into a tasty smoothie by mixing it with avocado or other fruit, for example.

Green tea in tablets and capsules

The exceptionally beneficial properties of this tea variety have made it an ingredient of many dietary supplements for weight loss. The market offers both green tea in tablets, as well as numerous preparations containing it.

The advantage of the latter is a richer formula, because in addition to green tea extract, they contain other natural substances that also support weight reduction. One of such supplements is Silvets, a multi-ingredient preparation with enhanced slimming effects, containing not only green tea, but also other well-known plant substances with proven slimming properties.