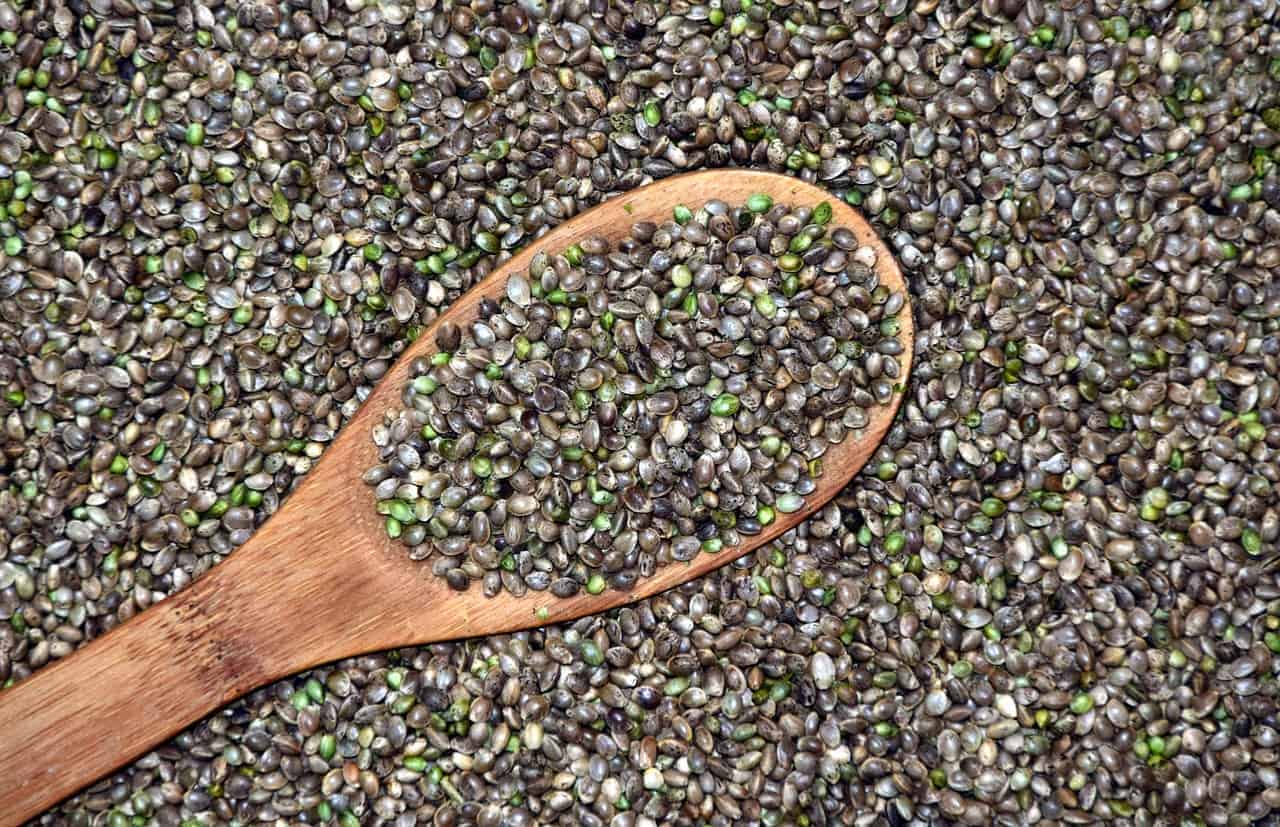 Due to its unique content, hemp seeds are counted among the so-called superfoods and are one of the most popular elements of a healthy diet. This is due, among other things, to its optimal nutritional value, ideal proportion of unsaturated fatty acids and its abundance of vitamins and minerals.

Hemp is a versatile plant

Cannabis Sativa, or hemp, is a plant native to Central Asia and known for its beneficial properties for thousands of years. Hemp seeds provide wholesome, highly digestible protein that can successfully replace animal protein, Omega 3, 6, and 9 acids, fibre and a range of vitamins, including vitamin E, which is particularly important for maintaining youth.

Also called hempseed, they are used not only in the food industry, but also in pharmaceuticals and cosmetics. In turn, hemp fibres are used to make textiles, ropes, sails, various types of composites, building panels and sanitary products.

Hemp products available on the market

In addition to the seeds, other products made from Cannabis Sativa are available on the market, namely hemp protein, flour, butter, bran, and finally oils and oils, including the extremely valuable CBD essential oil. Cold-pressed hemp oil, long known in Polish cuisine and used as an addition to salads, potatoes, groats, and even bread, is also very popular.

It should be noted that the hemp seeds in question are not the same as marijuana, it is a completely different plant. Cannabis, from which marijuana is extracted, differs from seed hemp not only in appearance, but also in chemical composition. Cannabis contains psychoactive substances, most notably THC, or tetrahydrokannabinol, which affects brain function. Seed hemp does not contain such substances, and is therefore completely legal, safe for health and free of narcotic properties.

As already mentioned, hemp seeds are a source of omega 3, 6 and 9 unsaturated fatty acids which are so necessary for the body but often delivered in too small quantities. We can also find in them wholesome protein, numerous amino acids, vitamins C, E, D, B1, B2, B6, niacin, calcium, potassium, magnesium, zinc, iron, copper, insoluble and soluble fiber.

This specific superfood is not only a perfect supplement to a healthy diet, but also helps to fight many diseases. The presence of valuable amino acids, for example, serves to strengthen the immune system, and since hempseed also contains selenium, it helps improve fertility and potency in men. Antioxidants prevent premature aging and are an aid in the treatment of chronic diseases such as diabetes and cancer. Hempseed can also be a great support for intestinal problems – the dietary fiber contained in it regulates digestion and promotes maintaining a slim figure.

Check it out: GreenLeaf CBD Oil

Hemp seeds – how to eat and why should you eat them?

There is no doubt that hemp seeds are worth introducing as a regular part of a healthy diet for at least several reasons. First of all, due to the presence of unsaturated fatty acids which have a beneficial effect on the body – they reduce the risk of cardiovascular diseases, contribute to better functioning of cells and organs, and improve mental functions.

Numerous antioxidants, including vitamin E, help maintain youthfulness for longer and have a positive effect on the appearance of skin, hair and nails. Finally, the fibre found in seeds not only improves digestion, but is also an ally in the fight against excess weight.

Read also about the health-promoting properties of quercetin

Hemp seeds are a healthy and tasty addition to many dishes. You can treat it simply as a sprinkle on salads, salads, desserts or sandwiches, but you can also use it in more sophisticated ways. Here are some sample recipes for using hemp seeds.

Dice blue cheese and tomatoes, put them into a salad bowl. Dice radishes finely or grate on coarse mesh, add to cheese and tomatoes. Wash the rocket and combine with olives and the remaining ingredients. Sprinkle with chia, add oil and mix gently. 3.

To the broth add cream, avocado crushed with a fork, pressed garlic, salt, pepper and half of the seeds. Stirringly heat it up without bringing it to a boil. The whole mix until smooth, at the end add the rest of the seeds.

4. cocoa and hemp cookies in the shape of balls

Grind almonds in a food processor until small pieces remain. Then add all the other ingredients except the seeds, blend again until smooth. From the mixture form small balls and coat them in seeds. Place in the fridge for a few hours.

Rinse the semolina with cold water, then pour boiling water for a few minutes to get rid of the bitterness. Strain the semolina, put it into a pot, add water and milk, salt and oil. Cook over low heat for about 12 minutes, until the liquid is absorbed. Put the semolina into bowls, put fruit on top, sprinkle with cinnamon and seeds. You can top with yogurt.

Check: What are adaptogens and how do they work