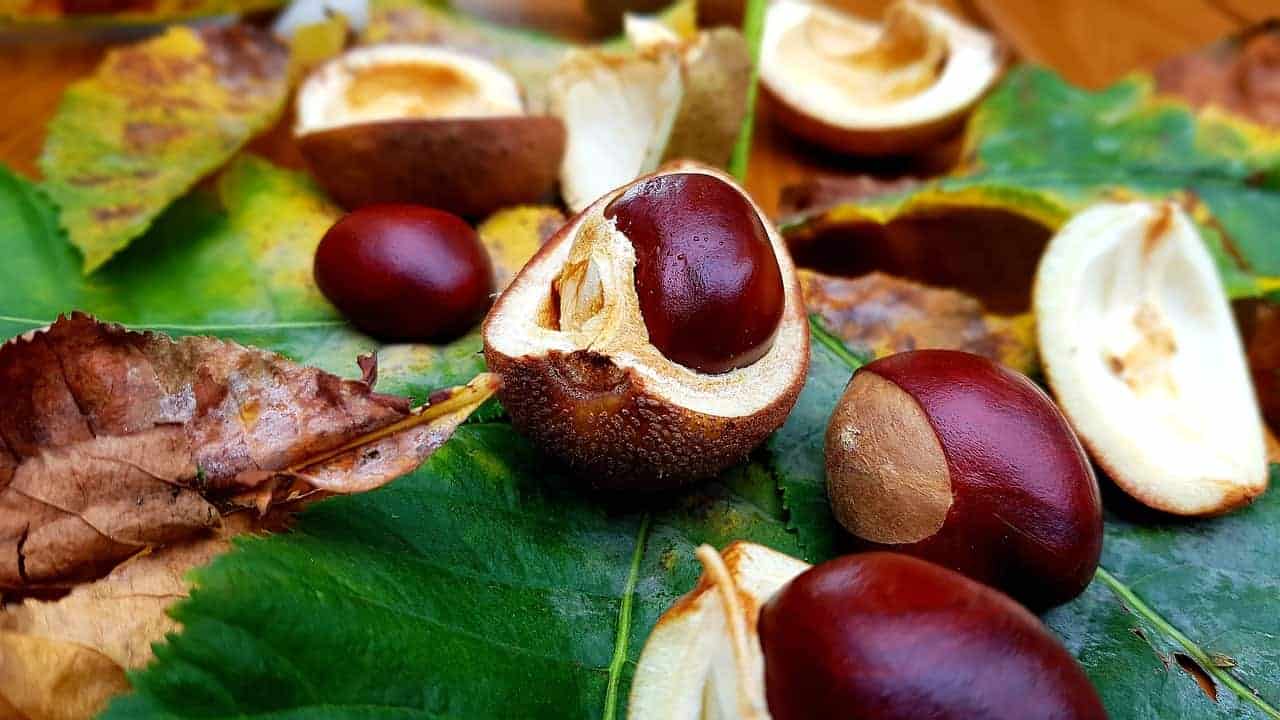 Horse chestnut extract for varicose veins, for spider veins, for circulation, for health!

Horse-chestnut extract is one of the most popular natural medicine remedies, used among others in home treatment of varicose veins. The active substances contained in it stimulate circulation, strengthen the walls of blood vessels, combat swelling and have anti-inflammatory properties. Horse chestnut fruit extract is also used in cosmetics, because it regenerates, moisturizes and nourishes the skin, in addition, has antioxidant properties.

Contrary to appearances, this magnificent and beautiful tree, which blooms wonderfully in spring and bears fruits in autumn to the delight of children with attractive, brown chestnuts, is not a native Polish plant. It originates from Greece and southern Asia Minor, and arrived in Poland only in the 16th century. Various parts of the tree are used as raw material – the bark is harvested from young twigs in the spring, the flowers are picked in the early summer and the immature fruits, which have the highest medicinal value, are harvested in July. Sometimes its leaves and seeds are also used in various natural therapies.

Chestnuts, i.e. chestnut fruits, are a true treasury of various substances with medicinal effects. The most valuable of them is probably escin, a mixture of saponins, i.e. plant compounds with outstanding health-promoting properties. In addition, horse chestnut extract contains important flavonoids, coumarins, tannins, glycosides and other active substances.

Horse-chestnut extract remarkably supports the functioning of the circulatory system. It seals, strengthens and makes more flexible blood vessels, accelerates blood flow, thins it and reduces its viscosity. Hence its multifaceted use as a treatment for swelling, inflammation, varicose veins and other ailments related to the circulatory system.

Aescin and flavonoids, by improving blood flow, prevent its stagnation, that is the main reason for spider veins on legs and later varicose veins. Escin increases vein tension, preventing their stretching and deformation. In turn, an important role in the elimination of spider veins is played by strengthening the walls of capillaries, which enables their absorption and prevents the formation of further telangiectasias, i.e. networks of dilated blood vessels under the skin surface. It should be noted, however, that lifestyle and physical activity also play an important role in venous insufficiency of the lower limbs.

Comments posted online seem to confirm its effectiveness, but mainly in the initial phase of changes due to venous insufficiency. In the course of therapy, a visible reduction in swelling and the feeling of heaviness in the legs has been observed. In the long run, horse chestnut ointment or gel also significantly reduces the visibility of spider veins, which results from better circulation and strengthening of blood vessels. One should bear in mind, however, that in advanced stages of leg varicose veins, horse chestnut preparations only support pharmacological or surgical treatment.

Horse-chestnut extract for edema and inflammation

Horse-chestnut for ailments of digestive system

Chestnut fruits contain tannins, which, due to their anti-inflammatory, diastolic and constipating properties, are used in gastritis, digestive disorders and even mild poisoning. Folk medicine considered chestnuts a cure for prolonged diarrhea, dysentery and even malaria.

Chestnut in the cosmetic industry

Horse-chestnut extract – how to use it

Depending on the type of therapy, we have ointments and gels containing fruit extract for external use, teas from dried leaves or horse chestnut extract in tablets or capsules for internal use. As an example we can mention here a popular diet supplement Varicorin, a multi-ingredient oral preparation intended for people suffering from varicose veins. The presence of horse chestnut extract, among other things, makes it improve the functioning of the circulatory system, reducing spider veins and varicose veins and restoring mobility.

Chestnut in the kitchen

The famous roasted chestnuts come from a special, edible variety of chestnut tree. However, some parts of the tree commonly found in our country are also suitable for making medicinal wines and tinctures, and the dried leaves can be used in teas, which are said to have anti-cough properties.

Finely chop chestnuts, crush dried flowers, put everything into a big jar, pour vodka, set aside for two weeks. Every few days shake it to mix it all up. After two weeks, strain through gauze, store the tincture in a dark and cool place.