Recent posts Aerobic training – principles, effects, exercises. Learn the pros and cons of the most popular type of workout activity
Recent posts What for weight loss – learn about the most effective natural fat burners! You can find many of them in your kitchen!
Recent posts Beflexan – a rich cream for joints, which will help you fight pains and return to your former efficiency
Recent posts Cardio Life – patent to improve heart function, strengthen blood vessels and normalize blood pressure 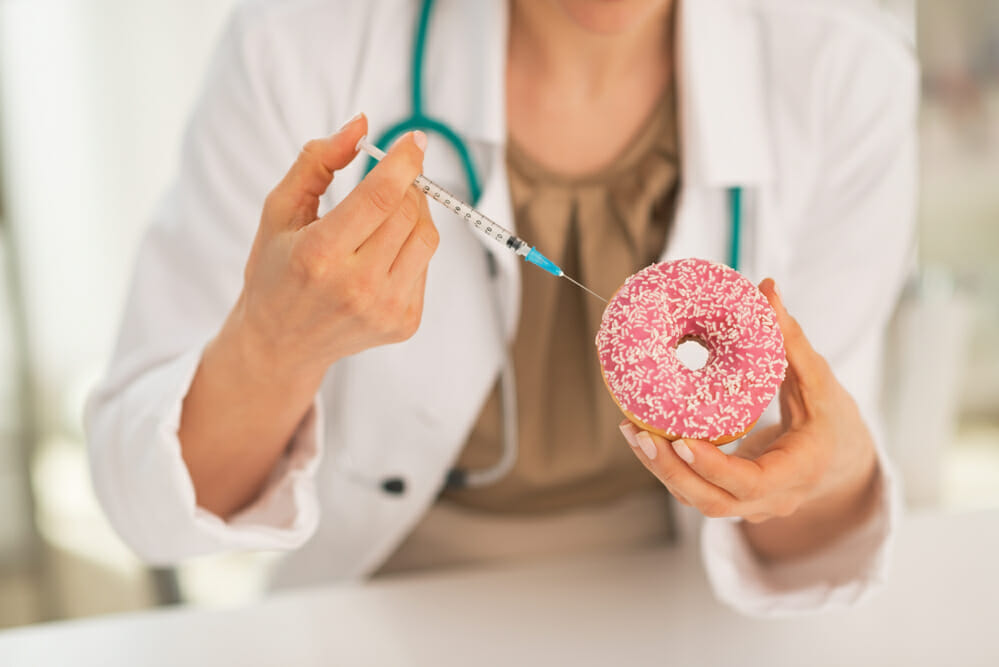 Insulin resistance is an increasingly common metabolic disorder associated with poorly functioning carbohydrate metabolism in the body. It usually affects young and middle-aged people who are overweight and have problems with weight reduction. Insulin resistance results in decreased sensitivity of tissues and cells to insulin, the hormone responsible for maintaining normal blood sugar levels.

What is insulin resistance and how does it develop?

We hear more and more about insulin resistance as a pressing health problem resulting from an unhealthy lifestyle. In fact, insulin resistance is generally closely associated with poor diet and a sedentary lifestyle. Very often, in fact almost always, it is accompanied by an inability to maintain a normal body weight and excess body fat, especially in the abdominal area.

What is insulin resistance? To answer this question it’s worth to understand the mechanism of insulin action and its influence on blood glucose level. Insulin is a hormone secreted by the pancreas, responsible for stabilizing blood sugar levels and supplying cells and tissues with energy material in the form of glucose. In addition, insulin is also involved in the metabolic processes of proteins and fats.

Rational, balanced diet ensures balance in insulin-glucose metabolism and lack of sugar level disturbances. The problem starts to exist when there are too many carbohydrates with a high glycemic index in our daily diet.

These are very quickly broken down and released from the gastrointestinal tract into the blood. The direct result is an increase in blood glucose to an unnatural level.

The reaction to this phenomenon is an intense release of insulin, whose task is to normalize the sugar level as quickly as possible. Some of the glucose goes into the body’s tissues, but any excess is pushed into the spare energy material, i.e. fat tissue.

Insulin resistance occurs when, as a result of continuous rapid spikes in blood sugar, larger and larger amounts of insulin are released. Eventually the cells of our body stop responding to it properly, they become more and more resistant to insulin (hence the name insulin resistance). The cells do not receive the proper amount of fuel needed to function properly, blood sugar levels do not drop, so the body successively increases and increases insulin secretion.

The loss of sensitivity of cells to insulin results in an increasing overproduction of this hormone (hyperinsulinemia), but the blood glucose level is not reduced to normal. Abnormalities in carbohydrate metabolism increase, with time, the regulatory mechanisms in the body become exhausted.

First, insulin resistance develops, which then turns into a pre-diabetic state, and then into type 2 diabetes.

Insulin resistance leads to a decrease in glucose uptake by cells and tissues, including skeletal muscles, liver cells or fat tissue. The metabolism of carbohydrates, fats and proteins is disturbed and glucose is not optimally utilized by the cells of our body.

Decreased sensitivity of cells to insulin results in hyperglycemia (excess of glucose in the blood). Lipid metabolism is also disregulated. Not only does an excess of sugar, but also of fatty acids circulate in our blood, which leads to increased accumulation of fat tissue and continuous weight gain.

Sometimes insulin resistance is asymptomatic, but usually it can be diagnosed on the basis of certain symptoms.

The most common symptoms of insulin resistance

What factors increase the risk of developing insulin resistance? Here are the most important ones:

The risk of insulin resistance is also higher in people struggling with endocrine diseases and in women who have undergone gestational diabetes during pregnancy.

The basic test used to diagnose insulin resistance is the so-called oral glucose load test (OGTT), or oral glucose tolerance test, or sugar curve. The test determines the fasting glucose level and the glucose level after taking a solution of water and glucose.

Other tests that are performed to diagnose insulin resistance are:

Therefore, the most important element of the treatment of insulin resistance is the diet, in which, first, we limit the number of calories consumed daily, second, we give up products with a high glycemic index, and we use products with an average glycemic index and a low glycemic index. This diet will help us reduce body weight and stabilize glucose-insulin balance.

The diet for insulin resistance (insulin diet) is designed to prevent rapid spikes in blood sugar, and thus normalize insulin secretion and stabilize the entire carbohydrate balance in the body. Therefore, in the diet with insulin resistance, special attention should be paid to the amount and type of carbohydrates.

The most harmful, responsible for insulin-glucose metabolism disorders, are carbohydrates with a high glycemic index and high glycemic load, i.e. white flour products, sweets, processed foods. These are digested very quickly and cause a rapid and strong increase in blood sugar levels, so they should definitely be avoided.

Remember that products with a high fat content are also bad for us. Avoid fried dishes, fast food, fatty meats and fatty batches of meat, products with trans fats. As a method of processing food, instead of frying, choose boiling, steaming, baking without fat, stewing.

Products recommended in the diet with insulin resistance

When preparing meals, try not to overcook the food (the longer the cooking, the higher the glycemic index of the dish). Consume 5 meals a day every 3-4 hours. Eat nutritious breakfasts, do not snack between meals.

Products prohibited in the diet with insulin resistance

The type of liquids we consume is also very important for insulin resistance. We should avoid sweetened drinks, fruit syrups, energy drinks and alcohol. We should also be careful with bought fruit juices, because they often contain sugar or glucose-fructose syrup.

In addition to water in insulin resistance we can reach for such drinks as:

In the case of insulin resistance, in addition to the introduction of a healthy diet without carbohydrates with a high glycemic index, it is also very important to break the sedentary lifestyle. Lack of exercise promotes the growth of diabetic problems, and conversely, regular exercise contributes to increasing the sensitivity of cells to insulin and normalizing sugar levels.

This is because the muscles, which are stimulated to work, have an increased need for energy, they “need” fuel in the form of glucose.They become less resistant to the hormone which supplies them with glucose, that is insulin. It is therefore worth betting on regular physical activity, of course in any form, according to our preferences (e.g. running, gym, swimming pool, dynamic walks, team games, cycling etc.).

If we want to get rid of insulin resistance quickly and efficiently, it’s worth to follow not only physical activity and diet, but also the following guidelines

In the fight for normalization of insulin secretion it is also important to avoid diabetogenic drugs.