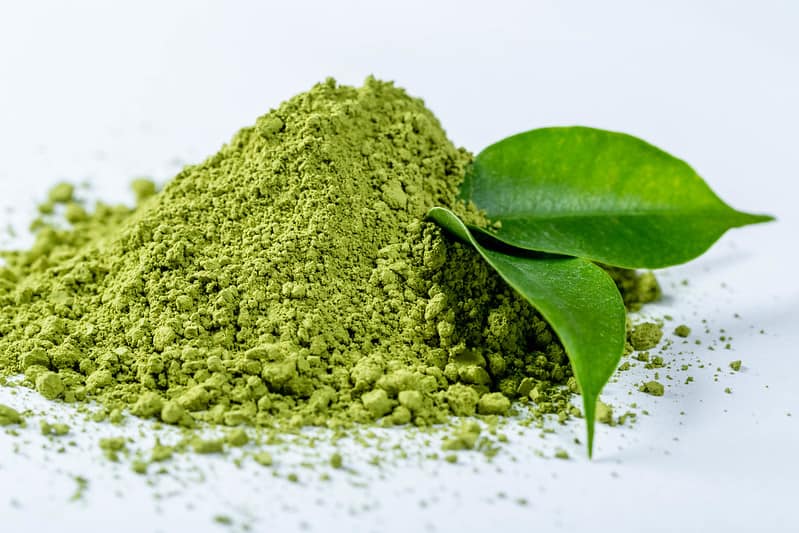 L-theanine is a herbal substance which is more and more often found in dietary supplements with anti-stress properties, improving nerves’ condition and supporting the brain’s work. Its advantage is a strong bioactive effect and good absorption by the body, making it an effective weapon against disorders of mental functions. Interestingly, L-theanine can help not only with minor ailments, but also with more serious conditions. For example, it can relieve the symptoms of schizophrenia or depression. Undoubtedly L-theanine is a substance worth paying attention to in case of poor mental form. It’s also good for lowered intellectual performance, especially if you combine it with other nootropics.

L-theanine – a guardian of good mood hidden in green tea

Green tea has been known for centuries as a treasury of valuable substances. It has both health promoting and taste qualities, and that is why it is one of the most popular and widely consumed beverages. Thanks to the content of vitamins (B1, B2, B5, K, E, C), minerals (calcium, magnesium, iron, phosphorus, copper, zinc, manganese, fluorine), and, above all, thanks to the richness of polyphenols (catechins and tannins), green tea shows a wide range of bioactive effects, improving the functioning of the organism in many areas.

Among other things, it is a valuable support for weight-loss sufferers, as it accelerates metabolism, improves fat breakdown and digestion. It also stimulates the body’s detoxification process, fights cellulite, improves the condition of skin and hair, boosts immunity, prevents inflammation and supports the circulatory system. Among the many advantages of green tea, one must also mention its strong antioxidant properties, which inhibit the organism’s aging processes and reduce the risk of many civilization diseases.

Finally, it is worth mentioning the positive effects of green tea on brain function, mood and vitality, which are mainly due to the presence of L-theanine, a substance we will take a closer look at in a moment.

L-theanine is classified as an amino acid, although it should not be confused with amino acids contained in proteins, such as tyrosine, cysteine or tryptophan. L-theanine is a non-protein amino acid, a derivative of glutamine, found almost exclusively in green tea (Camellia sinensis). It is produced in the root of the plant, then transported to the leaves, where it is accumulated.

L-theanine is highly active in the human body, especially in the psyche. It stimulates the brain’s alpha waves responsible for a state of relaxation. It is very well and rapidly absorbed by the body and passes the blood-brain barrier extremely easily, hence its ability to regulate the levels of important neurotransmitters, improve cognitive functions and normalize mood.

Like several other well-known botanicals, such as ginseng and brahmi, L-theanine is a nootropic, or brain-booster, with increased intellectual performance and improved memory being the main symptoms of its action.

When it comes to increasing mental potential, the combination of L-theanine and caffeine works very well, and an additional advantage of this duo is the lack of negative side effects often associated with the use of caffeine alone (e.g. high blood pressure, heart palpitations, headaches and dizziness, irritability). L-theanine neutralizes caffeine’s side effects and enhances the desired ones, such as increased concentration, reduced fatigue, mental stimulation, and improved thought processes.

A substance has procognitive (or nootropic) properties when it affects important neurotransmitters in the brain (including dopamine, serotonin, GABA), regulates their levels, and thus improves the transmission of impulses between neurons. The effect of substances endowed with nootropic properties is a perceptible improvement in the functioning of the mind, as well as improvement of nerve condition (e.g. reduction of anxiety and tension) and elimination of mood disorders.

The most popular nootropics on the current market are ashwagandha, gotu kola, ginseng, Ginkgo biloba and Bacopa monnieri, but also L-theanine has recently enjoyed great interest and this interest is certainly not unfounded – this unusual plant substance, apart from stimulating the brain, has an incredible ability to restore internal balance and release a feeling of bliss.

Due to its strong pro-cognitive properties, L-theanine can be a valuable support for people who work with their brains and are looking for a way to improve concentration, memory, creativity and thinking skills. The substance is equally useful for elderly people, who want to better protect their nervous system against the aging process.

How does L-theanine affect brain function? The most commonly observed effects are:

L-theanine has a positive effect on the condition of neurons and the entire nervous system. It exhibits antioxidant properties which help protect the brain against neurodegenerative processes. It prevents Parkinson and Alzheimer diseases, and in the case of people who already suffer from these diseases, it slows down their development and alleviates their symptoms. Protects nerve cells from harmful free radicals and the adverse effects of stress. It prevents the destruction and premature death of neurons, enhances their regeneration, and what is more, stimulates neurogenesis (the process of creating new nerve cells).

L-theanine is a stress and tension killer

There is no doubt that L-theanine is one of the best known natural substances to help fight stress, anxiety, nervous tension and mood disorders. It has excellent calming properties, but what’s more, it brings a state of relaxation and soothing without the dullness and sluggishness that unfortunately often comes after taking other sedatives. It allows you to easily enter a state of relaxation and relaxation, promotes feelings of bliss, distance from problems and emotional harmony.

The substance is also excellent in cases of depressive states, decreased motivation, discouragement, apathy, often recurring sadness, depression. By stimulating the release of dopamine and serotonin, L-theanine improves mood and increases the desire for action. It promotes feelings of joy and inner calm. An interesting aspect of the action of L-theanine is also an improvement in the quality of sleep. By relieving tension and promoting inner calming, it reduces problems with falling asleep and helps you sleep through the night without waking up prematurely.

How does L-theanine normalize mood? Here are the top 10 actions:

Other health properties of L-theanine

Although the effect of L-theanine on the mental sphere is the most significant, this substance, due to its wide bioactive action, can also bring us a number of other benefits. Here are some interesting properties of L-theanine:

L-theanine – what should it be combined with?

L-theanine is available both in the form of single-ingredient capsules or powder, as well as in the form of multi-ingredient dietary supplements. If we would like to create our own nootropic or health-promoting supplement composition, it is worth paying attention to such combinations as:

Read the review of the best stress reducer and brain booster on the market: Brain Actives