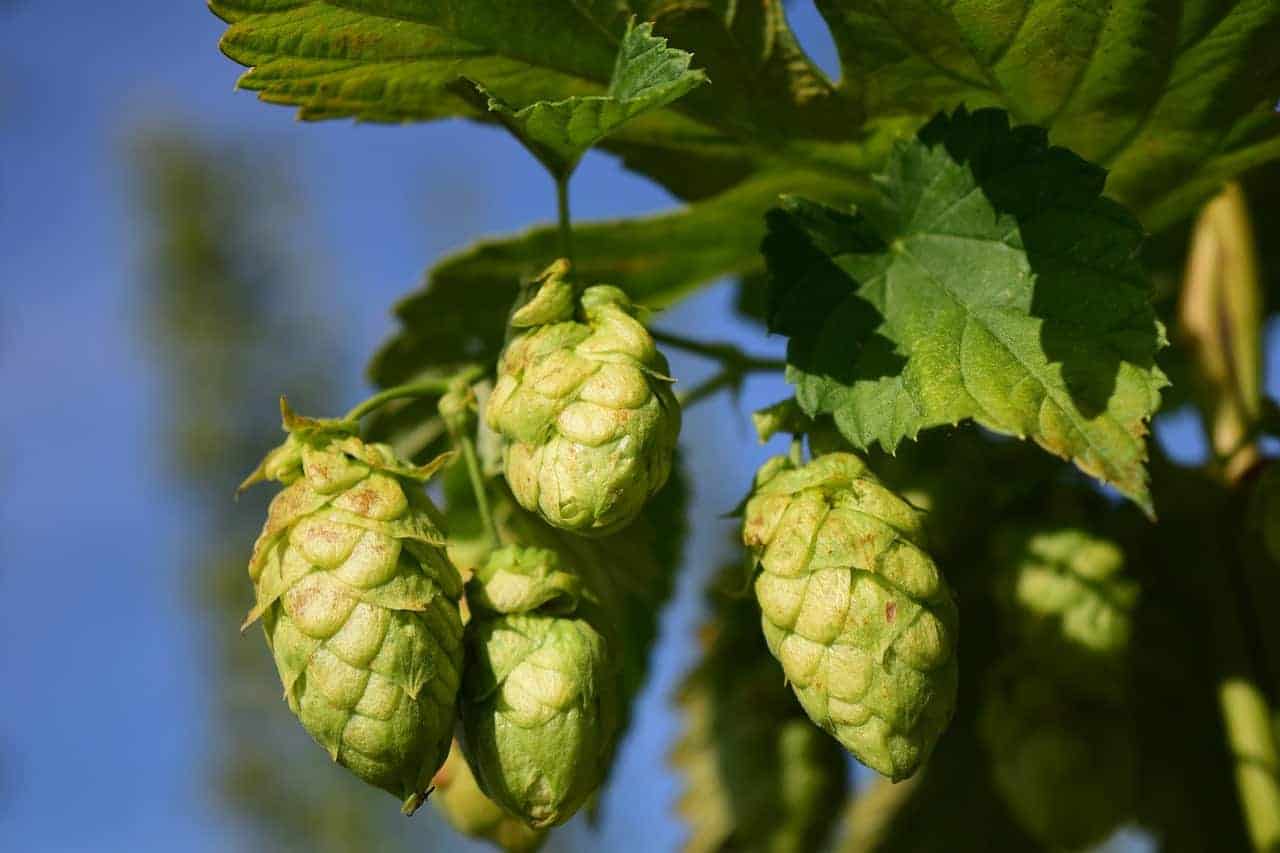 Hops are mainly associated with beer. It is thanks to hops that the golden beverage is endowed with its characteristic bitterness and aroma. However, the plant also has several other industrial applications, among others, it is widely used in herbal, pharmaceutical and cosmetic industries. Particularly noteworthy are the sleeping and calming properties of hops and the substance lupulin it contains.

Hops are a treasure trove of lupulin

Thehop is a perennial climbing plant which probably came to Europe from Asia. Currently, it is grown on a large scale in almost all corners of the globe, including Poland. It blooms in July, August and September. Fruits are light green cones, which become yellowish-brown as they develop. On the scales of the cones there are yellow-red secretory hair glands called lupulin.

The raw material for hops is the whole cone and the lupulin itself, which is separated from the fruiting body after harvesting and drying. The lupulin is a sticky, orange-yellow or greenish-yellow powder with an intense aroma and a bitter taste.

In the composition of hop cones one can find a whole range of valuable substances, among them: essential oils (myrcene, farnesene, humulene), flavonoids, resinous compounds, triterpenes, tannins, choline, amine and purine compounds. Lupulin itself contains up to 50% resinous compounds, up to 25% waxy substances, up to 6% essential oils. A certain amount of protein and fatty compounds can also be found in it.

Hops are widely used in the brewing industry, but also other branches of industry use this valuable raw material. Hop stalks are used in the wickerwork and textile industries. Dried hop cones are used in herbalism, lupulin is used in pharmaceuticals, hop extracts are used in cosmetics such as lotions, creams and shampoos. As far as cosmetics are concerned, it is worth mentioning that hop cones are also used in home care products such as tonics, rinses and masks. They also work well as a soothing, disinfectant and antibacterial agent for skin ailments.

Properties of hop cones and lupulin contained in them 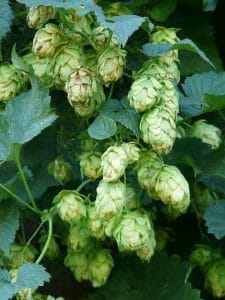 Hop cones and the lupulin they contain have an effect on the cerebral cortex by inhibiting its activity. Hence their sedative effect, suppressing nervous tension, as well as eliminating excessive sexual excitability. Hop fruits and lupulin contained in them are also a strong natural weapon against sleep disorders.

Thanks to their relaxing and nerve-soothing properties, they help induce a state of inner calm, make it easier to fall asleep and support a deep, healthy sleep. In this respect, hop cones exhibit similar effects to such herbs as lemon balm, valerian, passionflower or angelica, which is why these resources are often combined in preparations with a sedative and sleeping effect.

Hop cones and lupulin will definitely be a strong support in states of nervousness, anxiety, nervous exhaustion, stress, as well as in insomnia and problems with falling asleep. Nevertheless, it is worth mentioning their other valuable properties, among others, positive influence on digestion.

Hop cones and lupulin – how to take?


Hops cones can be purchased in herbal stores and pharmacies in the form of dried. 1 tablespoon of the herb pour a glass of boiling water and brew under a lid for 10 minutes. Drink the infusion 2-3 times a day.

We can also combine hop cones with valerian root. After 1 tablespoon of hops cones and valerian root pour about 2 glasses of boiling water, then boil about 5 minutes on low heat, strain and drink 2 times a day.

Prepared extracts from hops can be found in syrups, drops, oral liquids and tablets that promote inner calm and relaxation and alleviate sleep problems (Nervosol, Valused, Kalms, Positivum and others). In some products, we will find more complex compositions, and in them not only hops extract and other herbal extracts, but also the so-called sleep hormone, i.e. melatonin, amino acids – L-tryptophan and L-theanine, as well as vitamins and adaptogenic substances (Melatolin Plus).