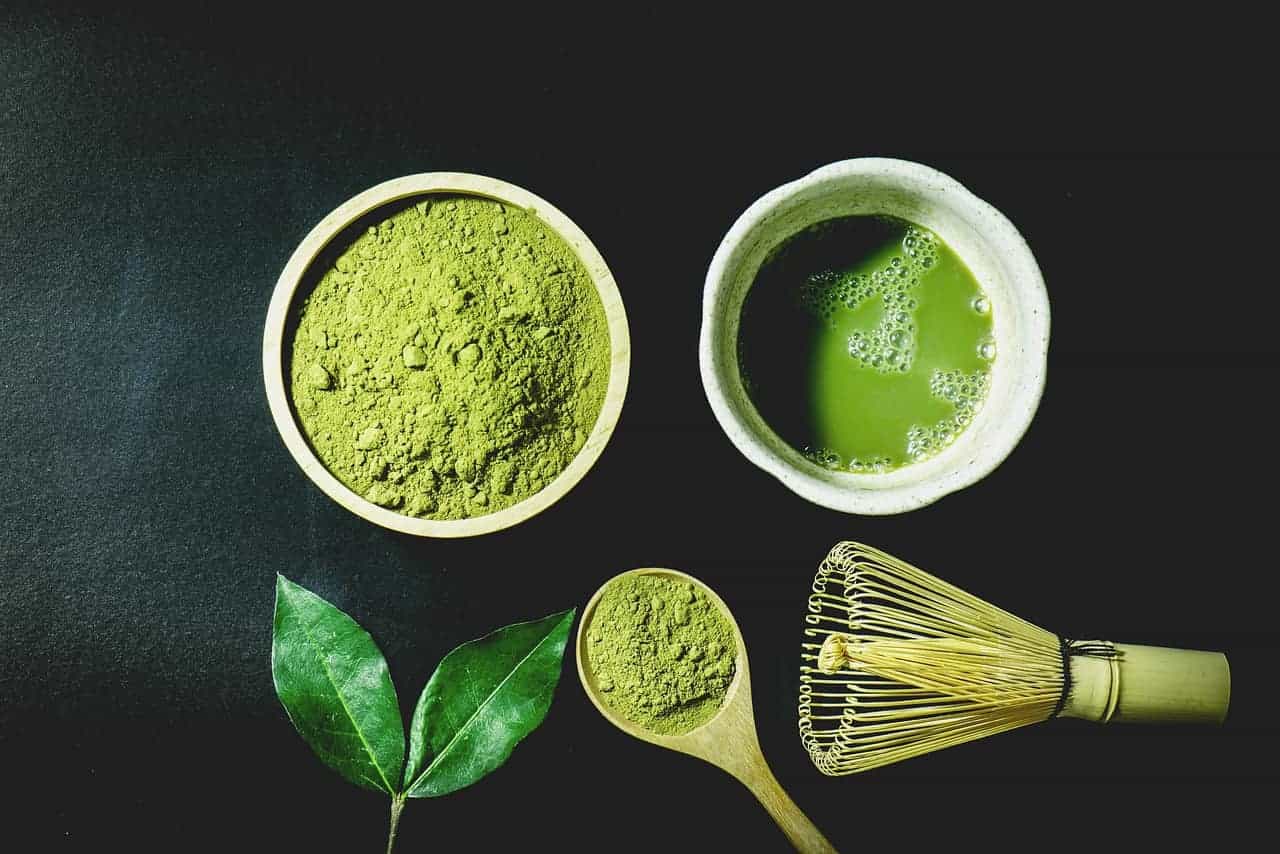 Matcha – a pearl among green teas

The benefits of drinking green tea have been known for a long time. Its exceptionally beneficial properties, including its positive impact on weight loss, are the reason for the growing popularity of this drink. Among various varieties of green tea, matcha deserves particular attention. It is a tea with an intensive green colour, the cultivation of which requires special conditions and is characterised by unique health attributes.

Matcha – what is it?

For centuries,matcha tea has accompanied a well-known Japanese tradition, namely the tea ceremony. It is said that already in the 13th century, Buddhist monks discovered its unique properties, especially in the area of intellectual performance. Japanese matcha tea was supposed to be helpful in maintaining concentration during meditations lasting many hours.

One of Buddhist masters popularised matcha in Japan, from where it was brought to America many centuries later, and where it has recently gained recognition in Europe.

The unique characteristics of this tea – its distinctive green colour and health-promoting properties – are the result of careful traditional cultivation, cultivated over centuries. Matcha is made from the leaves of special shrubs, which are shaded during the final stages of vegetation so that they are rich in chlorophyll that gives the tea its bright green colour and provides it with a wealth of beneficial bioactive substances.

Called the “elixir of the immortals”, matcha green tea is used today not only as a hot beverage but also as an ingredient in many other dishes and cold energy drinks.

Unlike other types of green tea, matcha contains many times more antioxidants, responsible for neutralizing the negative effects of free radicals. As we know, these are oxygen atoms with an odd number of electrons, which attack and destroy the structure of cells, thus contributing to the formation of many dangerous diseases, such as atherosclerosis, heart disease and cancer.

And because the modern world and lifestyle promote the formation of free radicals, matcha green tea turns out to be an even more valuable ally. The antioxidants it contains, especially catechins, by neutralizing oxygen radicals, significantly support the immune system and restore balance in the body.

This unique green tea also has a number of other valuable properties. Thanks to the presence of catechins , it slows down the ageing process, has a positive effect on the condition of the skin and hair, and improves the health of the entire body. Important amino acids support neuropsychic processes, help memory and concentration, contribute to mental clarity, calm down and relax without causing sleepiness. Drinking matcha tea increases mood and energy, strengthens immunity, lowers cholesterol levels.

Check out how adaptogens work on your body

In this regard, the effects of matcha are multifaceted. First of all, it cleanses the body of toxins thanks to its high chlorophyll content. Secondly, it speeds up metabolism and stimulates the body to burn calories faster, while preventing sprawl and making it easier to burn body fat. The tea itself has no calories, and by providing the body with fiber, it helps to reduce appetite.

Finally, thanks to the chlorophyll and caffeine content, it stimulates and adds vitality, speeds up regeneration after an intensive physical effort, and in contrast to coffee it does not cause side effects in the form of increased blood pressure or increased heart rate.

Drinking green tea, and matcha tea in particular, not only promotes weight loss and health, but also prevents many diseases resulting from an improper lifestyle or obesity. However, we must remember that even the healthiest drink or the strongest supplement are not a panacea for all diseases in the world or for achieving the dream slim figure if their consumption is not accompanied by a balanced diet and regular physical activity. Only a combination of these elements will make us get rid of excess pounds.

Read about: Green Barley Plus

Beneficial matcha tea – how to drink it?

Matcha is an extremely healthy addition to your daily diet. Since the leaves of this plant are first dried and then powdered, by drinking it we consume all the valuable nutrients contained in the drink.

To obtain a hot infusion, we brew matcha in a teapot, pouring in water at a temperature of about 80 degrees and, if necessary, using a bamboo broom to obtain the characteristic foam. To obtain a cold drink, on the other hand, it is enough to thoroughly mix the dried matcha with cold water.

There are many other recipes for matcha and new ones are appearing all the time as the tea has conquered the modern world. You can make cocktails with it, add it to baked goods, soups, ice cream, make lattes, frappuccinos, smoothie. Here are some examples:

More sophisticated consumers emphasise that Japanese matcha tea is definitely better than Chinese matcha tea, although the former is also much more expensive. There is basically no dispute among customers about the health-promoting properties of green teas, and matcha in particular. Nutritionists are more sceptical and claim that all green teas are healthy and the huge price difference is not fully justified. At the same time, they warn that just as with other food products, green tea should not be consumed in excess.

Too much of the active substances contained in tea can lead to liver cell damage, stomach irritation, slowed iron absorption, and finally to insomnia, irritability, palpitations.

Discover the amazing properties of kale