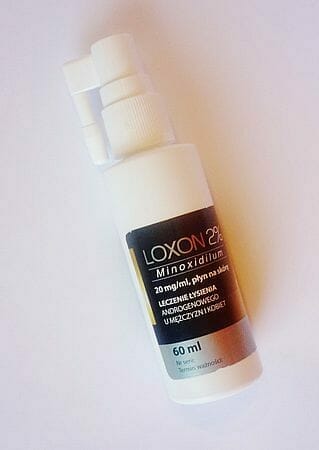 One of the most common causes of excessive and accelerated hair loss, not only in men but also in women, is androgenetic alopecia, having a genetic background. It affects millions of people around the world every year, being at the same time the most difficult to diagnose and treat properly. This is a task for specialists, dermatologists or trichologists, who often prescribe for this disease preparations based on minoxidil, an extremely potent, yet effective active agent.

This type of hair loss, otherwise known as male pattern baldness, occurs in up to 95 percent of all cases of hair loss and its very characteristic symptoms may appear already at a relatively young age. Many men complain of it even before their twenties, and the whole process intensifies considerably with the passing of time.
Male pattern baldness is difficult to treat due to its diverse causes, which, moreover, have not been unambiguously diagnosed so far. Most specialists, however, mention hypersensitivity to dihydrotestosterone, DHT, a hormone derivative of testosterone. It is often genetic, simply hereditary, and DHT has a destructive effect on hair follicles, causing their rapid shrinkage and even death as a result. Symptoms of androgenetic alopecia are very easy to recognize and it usually starts with hair loss in the hairline bends, which may be preceded by severe seborrhea, sometimes even leading to folliculitis.

These symptoms can be so strong that the only solution is minoxidil, a substance with proven efficacy but with some unacceptable side effects. minoxidil itself is an organic chemical compound, being a derivative of dihydralazine, with strong hypotensive effect, i.e. reducing too high blood pressure. Thus, it is an important component of drugs for this unpleasant ailment, and beneficial effect on hair follicles, stimulating rapid hair growth, is simply a side effect of its action. It is safe to say that since its discovery, minoxidil has become known worldwide, quickly becoming one of the most widely used in the treatment of androgenetic alopecia. It stands out for its superior efficacy in counteracting the activity of the DHT hormone, acting multifaceted on:

Minoxidil, most often in the concentration of 2 or 5 percent, can be found in the composition of many popular preparations against baldness, such as Loxon 2% and Loxon 5%, now called Loxon Max.

Until recently, these two preparations were available only on prescription, with a doctor’s recommendation, but now we can also get them in free sale. In both of them the active ingredient is minoxidil and its concentration should depend primarily on the severity of symptoms. Usually we are not able to recognize them properly, so it is worth to visit a doctor, who will help to determine which Loxon will be really effective in our case.

They have the form of liquids to be directly rubbed into the scalp, intended only for adults, and the manufacturer recommends rubbing them in twice a day, in the morning and in the evening, continuing the treatment even for a few following months. Thanks to the appropriate dose of minoxidil, we can count on not only stopping the process of hair loss, but also on their fast regrowth and in large quantities. Do not be discouraged by the fact that in the initial period of treatment hair may fall out more intensively, it is natural and Loxon simply prepares a place for the growth of new, healthier and stronger hair.

Minoxidil – side effects and patients’ opinions

Unfortunately, as with many other substances with such a strong effect, also minoxidil can cause side effects in some patients that are difficult to ignore. Some of them, using among others Loxon for the treatment of alopecia, regardless of the concentration of the active agent, complained of:

These symptoms can, of course, be cause for concern, but most pass immediately after discontinuation, usually without the need to see a doctor. Of course, everything depends on the individual reaction to the active agent, and a large proportion of patients do not feel them at all. Opinions about it you can find on hair loss forums are not unequivocal, many people praise minoxidil, but just as many criticize all its drawbacks.

So it is better to try it yourself, see how it works on your body, and if you feel any, even the smallest side effects, you can always use a safer product, such as minoxidil. Profolantablets also preventing adverse effects of DHT. They are based solely on natural plant ingredients, nettle extract, field horsetail with the addition of many valuable vitamins, minerals and amino acids. Profolan can be purchased directly from the manufacturer, placing an order on their website and it is worth taking advantage of many attractive promotions at the moment, allowing you to buy collective packages of several packs at a much lower price.