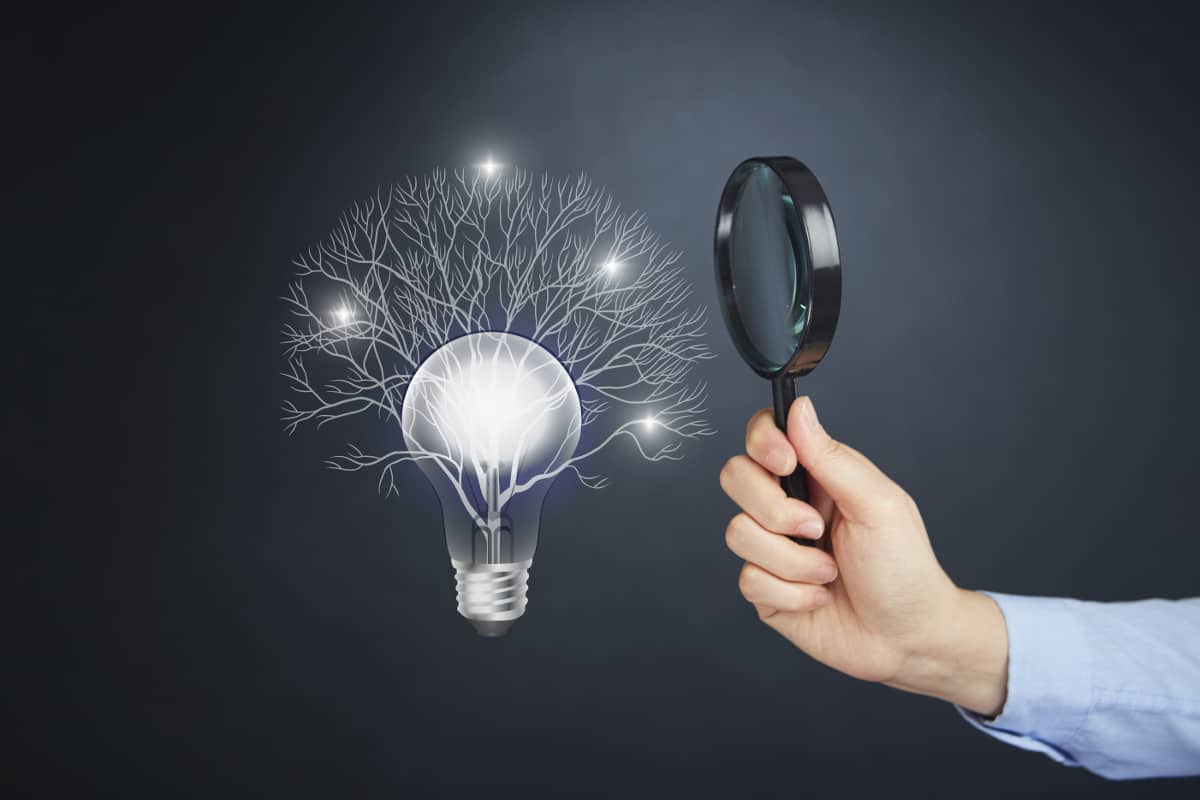 Neurotransmitters, the chemical compounds that regulate the mind. Learn about the most important ones!

An essential part of the nervous system, they are responsible for ourmood, mental agility, level of arousal, and proper sleep – these are the neurotransmitters, which, due to their functions, can be considered to be specific controllers of our mental health. Deficiencies of individual neurotransmitters in the body may result in a variety of disorders, such as depressive states or problems with concentration and memory, and may sometimes also contribute to the development of neurodegenerative diseases. What’s worth knowing about neurotransmitters, and how to regulate their levels with the help of certain plant substances in order to enjoy good intellectual and emotional condition?

What are neurotransmitters and what is their biological significance?

Neurotransmitters (neuromediators, neurotransmitters) are substances participating in biochemical processes occurring in our brain. They mediate the flow of signals between neurons, thus providing the nervous system with stable and effective functioning. They also enable communication between nerve cells and muscles or glands.

The mechanism of action of neurotransmitters can be briefly described as follows: In our brain, there is a huge network of neurons located close to each other. Between them there are synapses, which are specific pathways for the flow of impulses between one neuron and another. Neurotransmitters are produced in the terminals of neurons, secreted into the synaptic gap, and then received by neighboring neurons through receptors appropriate for a given neurotransmitter.

The broad group of neurotransmitters includes certain amino acids, amines, peptides, as well as hormones and gases (e.g. nitric oxide). The release of a given neurotransmitter is followed by a set of specific reactions of the body, and so, for example, when one of the most important neuromediators is released, i.e. adrenaline, body temperature increases, pulse accelerates, we gain energy, while when serotonin is released, our mood improves and nervous tension disappears.

The balance between neuromediators is very important. When we have to do with excessive or insufficient production of a particular neurotransmitter, then the functioning of the body, mainly the brain, is disturbed. These disorders may manifest themselves in various ways, such as depressive states, discouragement and apathy, sleep problems, impaired concentration and memory, excessive appetite and compulsive eating, hyperactivity, and many other symptoms.

When we feel a surge of sadness, anxiety or joy, when we notice a decrease in intellectual performance, when we are plagued by obsessions, when we cannot win over nervousness – all these are signs of abnormalities in the secretion of neurotransmitters.

To some extent, we can influence the normalization of their levels, if only by taking the right amino acids or natural nootropics. Let’s see which neurotransmitters are particularly important for our well-being and mind work, and how we can regulate their levels.

Norepinephrine is an excitatory neurotransmitter secreted by the adrenal glands and also a hormone belonging to the catecholamine group. It is one of the most important transmitters in the sympathetic nervous system, and its main function is to mobilize the body for action, putting it in a state of readiness for flight and fight, and increasing alertness and concentration.

The largest amounts of norepinephrine are secreted in moments of intense stress and a sense of danger, and the smallest during sleep and rest. Sometimes noradrenaline is used as a medicine (for example, in the case of very low blood pressure, in asthma, in depression).

As a result of releasing large amounts of norepinephrine, the following body reactions occur:

And in the case of norepinephrine deficiency, we have to deal with a drop in blood pressure, lack of energy, problems with concentration, lack of desire to act.

In the case of norepinephrine excess, a good patent is the reduction or elimination of caffeine and other substances with a stimulating effect. However, in the case of norepinephrine deficiency, it is worth starting to reach more often for food rich in the amino acid which is its precursor, tyrosine. These foods include bananas, avocados, eggs, milk, meat, nuts, and legumes.

Analogous to noradrenaline is another hormone and neurotransmitter, namely adrenaline. It is also produced in the adrenal glands, and is also responsible for mobilization, stimulation, and preparation for fight or flight. It also results in similar body reactions to noradrenaline, however, its action is stronger, more violent and at the same time more short-lived.

It is one of the main inhibitory neurotransmitters, whose role is to prevent overexcitation of the central nervous system. γ-aminobutyric acid, or GABA for short, belongs to a group of amino acids, and is produced by metabolizing another amino acid called glutamic acid.

GABA neutralises over-activity of nerve cells and reduces the flow of information between neurons when it is too high, thus helping to maintain balance within the nervous system.

The activity of this neurotransmitter translates into, among others:

In the state of GABA deficiency, we may encounter such symptoms as: excessive muscle tension, head and neck pain, constant irritability, explosiveness, problems with entering the state of relaxation, insomnia, problems with concentration, mood swings, emotional instability.

In order to increase the presence of γ-aminobutyric acid in the body, it’s a good idea to include in the diet as often as possible products rich in GABA and glutamic acid (which is converted into GABA in the body) such as: fish, poultry, pork, beef, milk, broccoli, spinach, lentils, bananas, seeds and nuts. We can also help ourselves with dietary supplements containing GABA or glutamic acid or glutamine, which is also a precursor of GABA.

Read also: Diet for the brain

Great working, productive intellect or mental fog, trouble absorbing information and forming thoughts? The difference may be the level of acetylcholine, which is one of the sensitive excitatory neurotransmitters and which has a strong influence on our memory, perception and attention.

Acetylcholine is an ester formed by the reaction of choline and acetic acid residues. It is produced in cholinergic neurons and functions in both the peripheral and central nervous systems.

Among the most important properties of acetylcholine are:

With a deficit of acetylcholine, the body can give such signs as: problems with memory and concentration, forgetfulness, sleep problems, difficulty formulating thoughts quickly and efficiently, problems with counting, fatigue, distraction, loss of creative thinking.

In order to increase the level of acetylholine , it’s worth using one of the dietary supplements that contain pro-cognitive (nootropic) substances such as bacopa, gotu kola, ginseng, Ginkgo biloba or Chinese citronella. The substances stimulate the production of acetylholine, thus positively influencing the condition of our mind.

We can also activate the production of achethylcholine by introducing into the menu products containing its precursor, i.e. choline, as well as foods rich in vitamin B3, B5, B7, B12, folic acid, omega 3 fatty acids, which participate in its synthesis. These include: oatmeal, nuts, grains, sprouts, eggs, meat and fish, vegetable oils, legumes, spinach.

Dopamine is an important stimulating neurotransmitter, which should pay particular attention to those who suffer from frequent mood drops, dissatisfaction, feelings of anxiety and tension, discouragement or lack of motivation. It is too little secreted dopamine is the cause of such states. What’s more, a deficiency of this neurotransmitter can result in a deterioration of intellectual performance, which is particularly important for a number of people whose professional work is inseparable from mental effort.

Dopamine is secreted by adrenal glands and by dopaminergic neurons. It belongs to the group of biogenic amines, or catecholamines, which also includes adrenaline and noradrenaline. Like them, dopamine is an excitatory neurotransmitter. It acts in both the central and peripheral nervous systems, where it performs numerous tasks, from regulating mood to controlling muscle function.

The main functions of dopamine:

Dopamine deficiency manifests itself, among other things:

Severe and chronic dopamine deficiency (caused by damage to the cells responsible for producing dopamine) may be a factor that increases the risk of Parkinson’s disease.

Dopamine excess is less common than deficiency, and its symptoms are:

In order to increase the level of dopamine, it is worth modifying the lifestyle in terms of avoiding alcohol and other drugs, introducing regular physical activity, switching to a healthy diet, avoiding stress. We can also take dietary supplements containing nootropic and adaptogenic substances (such as ashwagandha, gotu kola, kudzu) , magnesium, vitamin D, amino acids (tryptophan and tyrosine).

It is commonly said that serotonin is a hormone of happiness. Indeed, this hormone, and one of the most important neurotransmitters in our body, is responsible for well-being, internal balance and for triggering positive emotions, including contentment and happiness, but these are not its only functions.

Serotonin is a biogenic amine, produced among others in the nervous and digestive systems. It is formed by the conversion of an essential amino acid called tryptophan. First, tryptophan is converted into 5-hydroxytryptophan (5-HTP), and then into 5-hydrocryptamine (5-HT), i.e. serotonin.

The main functions of serotonin are:

There are several proven ways to increase serotonin levels in the body. First of all, it is worth paying attention to plant adaptogens, which stimulate the synthesis of this neurotransmitter, and these include small-leaved bacopa (Bacopa monnieri), ashwagandha, mountain rhododendron, gotu kola. In addition, in your daily diet it is worth increasing the proportion of products that contain tryptophan which is a precursor of serotonin – fish and lean meats, bananas, cheese, eggs, oat bran, legumes, pumpkin seeds.

Read a review of Brain Actives, a dietary supplement with 3 adaptogens that regulate neurotransmitters and other substances that improve brain function.