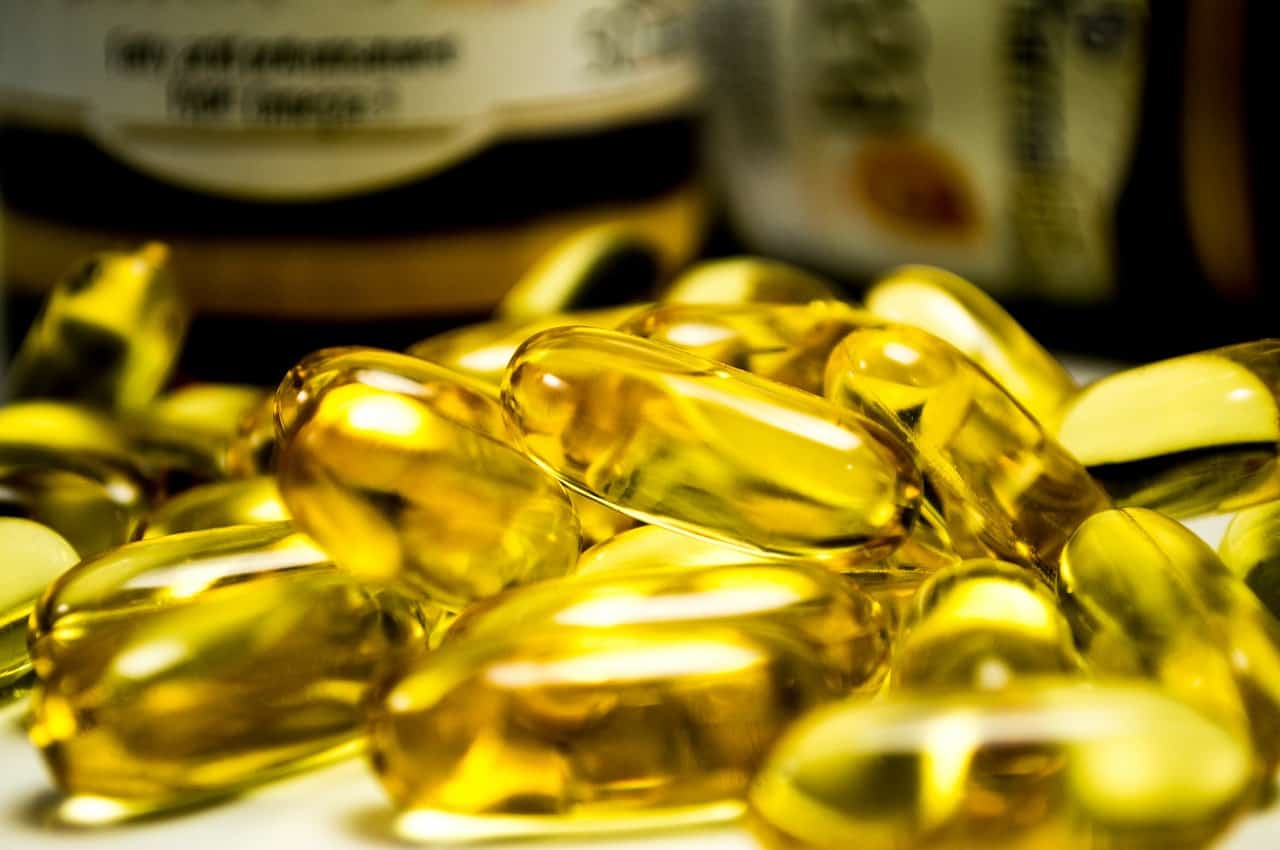 Omega 3 acids are substances that support the work of the entire body. Although fatty acids do not have a very good connotation, being responsible for a number of health problems and being regarded as one of the main causes of obesity, so-called unsaturated fatty acids, including Omega 3, are essential for the building processes of cells and the prevention of many diseases, including problems with memory and concentration.

Contrary to appearances, fat, of course consumed in appropriate amounts and proportions, is a very important nutrient, being an essential source of energy for the body and the building material for the cells of tissues and organs. It is estimated that the daily diet should provide about 25 to 30% of energy from fats. The basic components of fats (lipids) are saturated and unsaturated fatty acids and vitamins such as A, D, E and K.

Depending on the chemical structure, and specifically on the number of double bonds in the carbon chain, fatty acids are divided into saturated and unsaturated, and within the latter into monounsaturated and polyunsaturated. A healthy, balanced diet absolutely does not rely on the complete elimination of lipids, but on maintaining the right balance – limiting the intake of saturated acids of animal origin, and the introduction of an adequate amount of unsaturated acids, primarily Omega 3.

In terms of chemical structure, saturated acids are characterized by a lack of double bonds in the carbon chain. The most commonly found in foods are palmitic acid, stearic acid, myristic acid and lauric acid. At room temperature, fats containing saturated acids are generally solid, and their sources are usually products of animal origin, such as lard, butter, fatty dairy products, cold cuts, meat. They are also found in some fats of vegetable origin, namely palm oil and coconut oil.

Consumption of excessive amounts of such products can lead to serious health problems and obesity. This is because they increase the cholesterol level and significantly increase the risk of cardiovascular diseases such as atherosclerosis, heart attack or stroke, diabetes and cancer, not to mention overweight. It is also worth knowing that the mentioned palm oil is commonly used as an additive in many food products: confectionery, salty snacks, ready meals.

They are necessary for the proper functioning of the body, which is why they are referred to as essential fatty acids (NNKT). Since the body does not produce them on its own, they must be regularly supplied with food, because their deficiency may cause dangerous health effects in the form of immunodeficiency, inflammatory reactions, tissue and organ dysfunction.

Monounsaturated acids are mainly the Omega 9 group. They play an important role in the prevention of atherosclerosis, because they reduce the high level of total cholesterol, while increasing the beneficial fraction HDL. Thus, they protect the heart, normalize blood pressure and prevent cancer. In particular, oleic acid, of which olive oil and rapeseed oil are an abundant source, should be mentioned here.

This is a group of lipids represented mainly by the Omega 3 and Omega 6 family. While the importance of Omega 3 acids has reached widespread awareness, the equally important group of Omega 6 is less often mentioned. Meanwhile, they are important building blocks of cells, stimulate the production of hormones and neurotransmitters, affect the condition of the skin.

A special role is played by linoleic acid (LA) found mainly in products of plant origin, including grape seed oil, sunflower oil and safflower oil. Other acids from this group are y-linolenic (GLA) and arachidonic (AA).

The importance of unsaturated acids for the body

The importance of NNKT for the health and wellness of the entire body cannot be overstated. They play a huge role in preventing and alleviating a number of diseases called civilization diseases – cancer, autoimmune disorders such as lupus or nephropathy, cardiovascular diseases and others. Unsaturated acids are of particular importance in relation to the functioning of the heart and circulatory system, as they have an anti-atherosclerotic effect by lowering the level of cholesterol and triglycerides, improve blood circulation and prevent blood clots.

In addition, they increase immunity, and being an important building block of cells and tissues, are responsible for their proper structure and condition. They also take an active part in metabolism. NNKT deficiencies may cause impairment not only of immunity, but also of mental processes, disorders of functioning of particular organs, deterioration of skin and hair condition, and even unfavorable changes in mood, weakness, and insomnia.

However, the condition of beneficial influence on health is maintaining appropriate proportions in the daily diet. Saturated fatty acids supplied in the diet should not make up more than 10% of energy, polyunsaturated such as Omega 6 up to 8%, while Omega 3 about 0.5% alpha linolenic acid and the rest about 250 mg.

The majority of NNKT is found in plant-based foods, fish and oils derived from them, such as fish oil, and seafood. Smaller amounts are found in nuts, seeds and linseed. They are contained in vegetable oils – flax, soybean, rapeseed, sunflower, sesame, evening primrose, borage, olive oil, as well as fish such as mackerel, sardine, salmon, cod, herring, tuna, seafood.

To stay healthy, you should enrich your daily menu with products containing NNKT, especially since they are also abundant in other valuable nutrients. An excellent example of how the right amount of unsaturated fatty acids has a beneficial effect on the body is the famous Mediterranean diet.

Considered as one of the healthiest and conducive to maintaining a slim figure, the cuisine of this region is based on vegetables, seafood and olive oil. So, instead of mayonnaise or other heavy dressing, let’s add olive oil to salads, for example, and we will gain not only the original taste, but also specific health benefits.

Omega 3 acids, classified as NNKT, i.e. essential unsaturated fatty acids and considered to be the healthiest fats, perform many important functions in the body, so they should be an everyday component of the diet. Apart from numerous tasks in which they participate directly or indirectly, Omega 3 acids support weight loss, which in the era of caring for a slim figure is also important.

Although DHA and EPA are produced in the body from alpha linolenic acid, they are generally insufficient to meet the body’s needs.

It is certainly not an exaggeration to say that without Omega 3 our body would not be able to fully function. Thanks to them a good condition is maintained both by the circulatory system, the immune system, the digestive system and the nervous system. In a word, Omega 3 acids are a prerequisite for the maintenance of natural homeostasis mechanisms in the body.

Omega 3 significantly supports the work of the heart and circulatory system. They have a beneficial effect on regulating the levels and maintaining the appropriate proportions of good (HDL) and bad (LDH) cholesterol, protecting blood vessels from atherosclerosis and other cardiovascular diseases. This preventive effect is also associated with other properties of Omega 3 acids, namely lowering the level of triglycerides and the ability to normalize blood pressure and carbohydrate metabolism.

Omega 3 acids protect the immune system and inhibit excessive uncontrolled immune responses and the intensity of inflammation. Hence, among other things, progress has been reported in the fight against some autoimmune diseases using supplementation of these lipids.

Another function is to support good vision and eye health. Studies have confirmed that deficiencies of these acids translate into poorer vision and risk of vision defects in children, and in the elderly, macular degeneration, which is the most common cause of vision loss.

Finally, these acids have a beneficial effect on the condition of the skin, hair and nails.

A very important function of Omega 3 acids is to protect the brain and the central nervous system. It is well known that the diet has a key impact on the functioning of the whole body, and therefore also the brain, the more so that our brain, although only represents about 2% of body weight, consumes up to 25% of energy, and in children even more.

Polyunsaturated fatty acids, including of course Omega 3, are essential for the brain, among other things to maintain proper intellectual performance, such as memory or concentration. It is particularly important for the development of the young nervous system, in fetal life or during childhood.

The type of diet and the presence in it of polyunsaturated fatty acids, has an impact not only on intellectual performance, but also on our mood, and even potential depressive states. It turns out that these acids specifically affect specific areas of the brain, activating or inhibiting them.

A diet containing NNKT contributes to the formation of dopamine and serotonin, the so-called happy hormones, improving mood and reducing negative emotions. Moreover, in the elderly, it slows down dementia and reduces the risk of dementia. It is believed that it may also have an inhibitory effect on the development of Alzheimer disease.

There’s a reason we’ve always been told that we should eat more fish, which will benefit our physical and mental health. This is true, but due to the progressive pollution of the environment, fish should be eaten, but it is better to replace large amounts of them with products of plant origin, especially from organic farming. Desirable Omega 3 acids are contained in the following foods, among others: