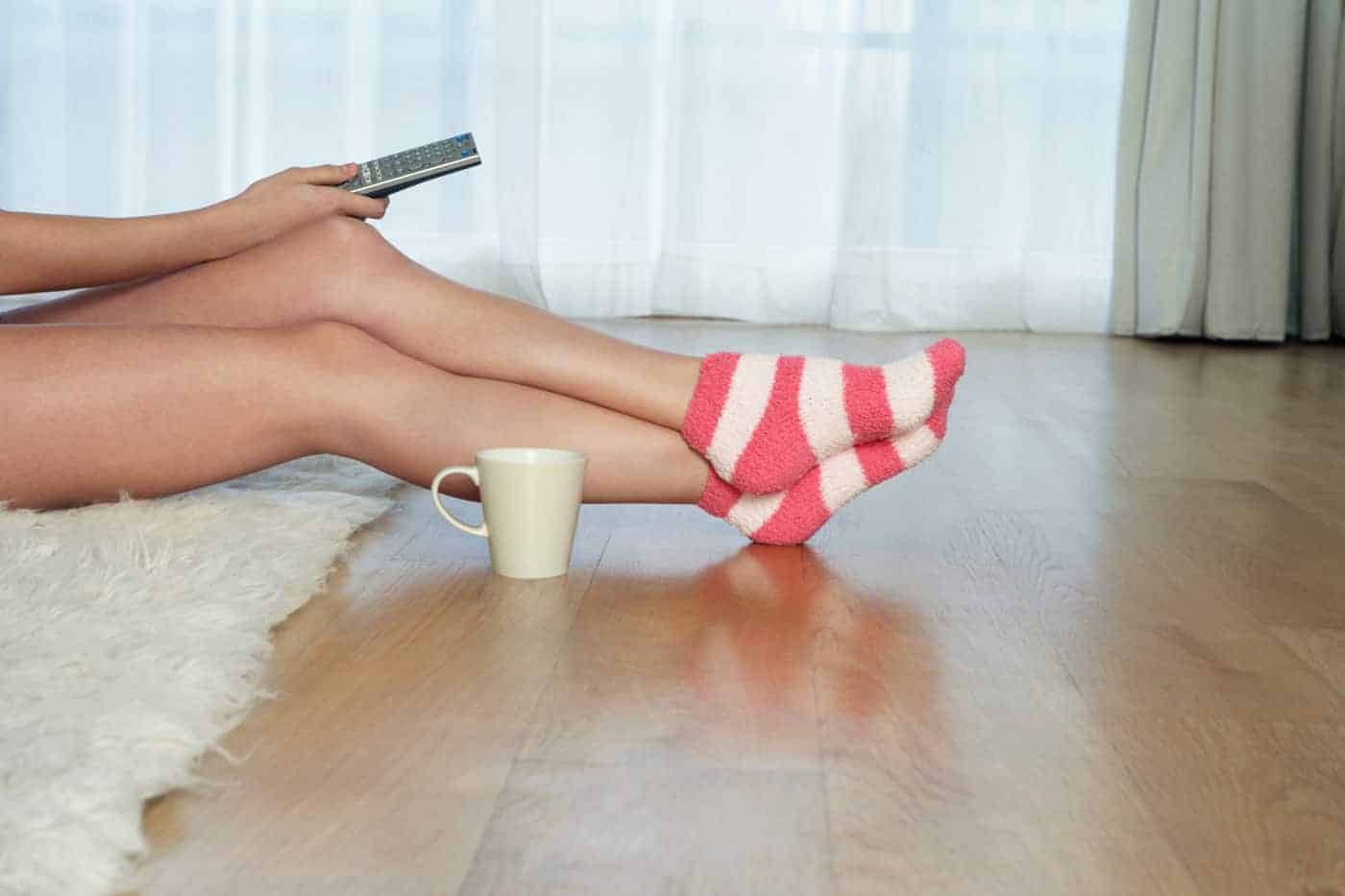 Spider veins on legs – not a trivial problem (causes, symptoms and ways to combat them)

Spider veins on legs are an affliction mostly affecting women and, contrary to appearances, not only in old age. The so-called spider veins are excessively dilated and bursting blood vessels that look like thin, red or blue threads and form whole networks resembling a spider web. This type of vascular dilatation is called telangiectasia or venulectasia. Often treated as a purely cosmetic defect, they can however be the first symptom of a serious disease – venous insufficiency.

What is venous insufficiency? Mechanism of its creation, symptoms, treatment

Cracked blood vessels on legs are a symptom of circulatory system disorders and often a prelude to future varicose veins, which are a consequence of venous insufficiency of lower limbs.

This disease is caused by venous hypertension leading to venous valves malfunction and the so-called retrograde flow where blood, instead of flowing freely, backs up causing venous dilatation. Leg varicose veins can also occur as a result of obstructions caused by thrombosis. Over time, pathological changes enlarge, bringing with them the risk of swelling, thrombosis and embolism.

There are several factors that increase the risk of venous insufficiency. Firstly, as already mentioned, it mainly affects women, secondly, the possibility of its occurrence increases with age. Genetic conditions, obesity, past pregnancies, prolonged standing and sitting, postural defects, chronic constipation, and hormonal therapies may also contribute to insufficiency.

Venous insufficiency of the lower limbs is manifested by various troublesome symptoms of the intensity depending on the stage of the disease. These include the feeling of heaviness and pain in legs, especially after long periods of standing in one position, night calf cramps, restless legs syndrome, pain along the dilated vein, swelling and even bleeding.

Admittedly, modern medicine has quite an extensive set of methods for treating venous insufficiency (laser technique, removal of the venous trunk, obliteration and others), but medicine is worth helping primarily by changing certain habits. It is primarily about stopping the prolonged standing or sitting, putting one’s leg on, taking hot baths and intense sunbathing, and instead undertaking physical activity, following an appropriate diet and possibly using compression therapy, i.e. compression therapy, in other words wearing special stockings or tights.

What exactly are spider veins and how much should they worry us?

Spider veins are small, red, blue or purple, dilated blood vessels, formed just under the skin surface. They occur most commonly on the legs and face, forming a fine mesh that spreads from a single point. These spider veins are referred to in medical language as telangiectasias.

In themselves they seem harmless, but should be a warning signal, especially if they are accompanied by other alarming symptoms, namely swelling around the ankles, a feeling of heaviness in the legs, cramps and pain in the calf muscles, tingling and pulsating sensations, limb fatigue inadequate to the effort.

Cracked capillaries on legs (the term is a bit misleading because as a rule the capillaries do not burst, but only dilate) are very often the first stage of chronic venous insufficiency, a serious condition that may have dangerous consequences, for example in the form of thrombophlebitis. It is all the more important to react in time, seek medical advice and undertake either conservative treatment or, in the case of a more advanced stage, surgical removal of telangiectasias.

Spider veins are the result of blood circulation disorders in the venous system of the extremities. Venous valve insufficiency, fragility and decreased elasticity of blood vessels and disruptions in the contraction and relaxation of vessels cause blood to flow backwards, stagnate and increase pressure in vessels. As a result of these anomalies, blood accumulates in certain places, excessive vasodilation occurs, and sometimes the vessels burst. These processes increase over time, with the visible result being an expanding network of red or purple capillaries.

With regard to their origin, telangiectasias are divided into primary, that is spontaneous, and secondary, that is acquired. Spontaneous causes include genetic and congenital predisposition, acquired causes include prolonged standing or sitting, low physical activity, obesity, hypertension, pregnancy, too intensive sunbathing and hot baths, hormone therapy, improper diet, alcohol abuse, smoking, excessive physical strain.

In most cases we deal with acquired telangiectasias, which means that in a way we are responsible for the disruption of venous circulation and its results in the form of spider veins and, as a further consequence, varicose veins.

It is worth noting that while an overly intensive physical effort may contribute to venous circulation disorders in limbs, a moderate physical activity is definitely beneficial for our legs. During running, marching or cycling, working muscles facilitate blood flow, whereas during prolonged standing or sitting, especially with the leg placed on the leg, it is impeded. Therefore, people who work in a static position all the time should do exercises from time to time to force their muscles to work, and at home they should rest as often as possible with their legs elevated.

How to get rid of spider veins on legs?

If we are dealing with the first and not very advanced changes, we can use treatments available in cosmetic or dermatological surgeries.

In the case of more advanced changes, a variety of treatment methods are used, depending on whether we are dealing with single vessels or a whole network of spider veins. The most commonly used medical treatments include sclerotherapy , which consists of obliteration, i.e. closing the vessel with an injected preparation. If we are dealing with a small, single vessel, generally one treatment is enough for it to grow. In other situations, the therapy must be carried out several times. Another variant of sclerotherapy is the so-called Tessari foam method, which consists of injecting a foamed preparation to close the vein.

Sometimes, after previously performed sclerotherapy, an additional treatment is performed using a pulsed laser. It works in such a way that the laser light is absorbed by hemoglobin and destroys the walls of the vessel, which is then absorbed by the surrounding tissues. Another commonly used method is electrocoagulation, whereby the current cuts off the protein in the walls of blood vessels, which after some time are absorbed and expelled. You can also use cryosurgery to eliminate spider veins, where the veins are closed by the action of nitrous oxide or liquid nitrogen.

It should be emphasized that regardless of the procedures performed, it is good to take drugs or dietary supplements to strengthen the walls of blood vessels and prevent their fragility. These include medications containing rutin, witch hazel or horse chestnut extract. Thanks to this we can prevent the possible recurrence of vascular spider veins. No less important is systematic physical activity, exercise to improve circulation in the lower limbs, proper diet and resignation from clothing, underwear and shoes that interfere with circulation and cause pressure on blood vessels.

Since the essence of the telangiectasia problem lies in blood circulation disorders in the venous system of the lower limbs, it is essential to restore proper blood flow and prevent its backflow by activating leg muscles. This is, of course, a matter of massages, but most of all physical activity.

A daily dose of fast walking, running, swimming, cycling or gymnastics is especially important for people who spend a lot of time in one immobile position, standing or sitting. It is not about forcing the body with murderous exercises, because it can do more harm than good, but about moderate, but systematic physical effort, involving mainly the lower limbs.

Even while at work you can exercise your legs, for example by tensing and relaxing muscles, taking a few steps or squats, or standing alternately on the toes and heels. The point is that the legs should not remain motionless for too long, as this causes stagnation in blood flow. You should also give up high heels, and rest at home with your legs elevated.

A proper diet is no less important. If there are signs of circulation problems in the form of spider veins, you should consider changing your eating habits. A diet rich in vegetables and fruit will provide the body with vitamins A, C and E, which are necessary in this case, as well as minerals such as copper, zinc and selenium, or chemical compounds from the bioflavonoid group, among which rutin is particularly important. Instead of heavy and spicy foods, sweets and alcohol, it is better to reach for herbal teas containing arnica, bird’s-foot trefoil, chamomile, field horsetail, chokeberry, horse chestnut bark, lemon grass.

3) Do not overheat the skin, give up sunbathing!

You definitely need to avoid overheating of the skin, that is, give up hot baths, sauna, intense sunbathing, while protecting it against cold and sudden temperature changes. Skin with vascular spider veins should be taken care of with the use of good quality cosmetic preparations, which fortunately are abundant on the market today. We only use creams with UV protection filters.

We can also reach for a widely available medical product such as tights against varicose veins. However, it is necessary to pay attention to whether we are actually dealing with a medical product which complies with the EU standards, with a precisely specified level of compression and clearly marked heel. It is therefore important, because a properly shaped heel guarantees appropriate compression in the ankle area. It is assumed that the compression at the ankle should be 100%, and gradually decrease upwards, to about 70% at the calf and about 40% at the thigh.

5. take tablets for broken capillaries on your legs!

In addition to the external care of the skin affected by telangiectasia, we can not forget to provide the body internally with substances that support blood vessels and improve circulation. These include above all:

Most of these substances are supplied to the body through food, but usually in insufficient quantities, especially when there is an increased demand for them due to circulatory disorders. Therefore, if we have a problem with spider veins on our legs, systematic supplementation with appropriate specifics is advisable. Tablets for capillaries and better peripheral circulation available on the pharmaceutical market will be a good supplement of your daily diet with active substances essential in the fight against spider veins or varicose veins.

The best supplements in this segment are based on several particularly valuable plant extracts, among which it is worth mentioning St. John’s wort extract, grapevine leaf extract, or horse chestnut extract, indispensable in such cases. The latter ingredient is widely known for its beneficial properties – it not only strengthens and seals up blood vessels, but also thins blood and speeds up its flow, eliminates swelling, and has an anti-inflammatory effect.

In order to achieve optimal results in strengthening blood vessels, improving blood circulation in the lower limbs, and inhibit the formation of spider veins on the legs, we should use multi-ingredient dietary supplements (e.g. Varicorin), which, thanks to the presence of several different components with related properties, have a much stronger effect than single- or two-element preparations.