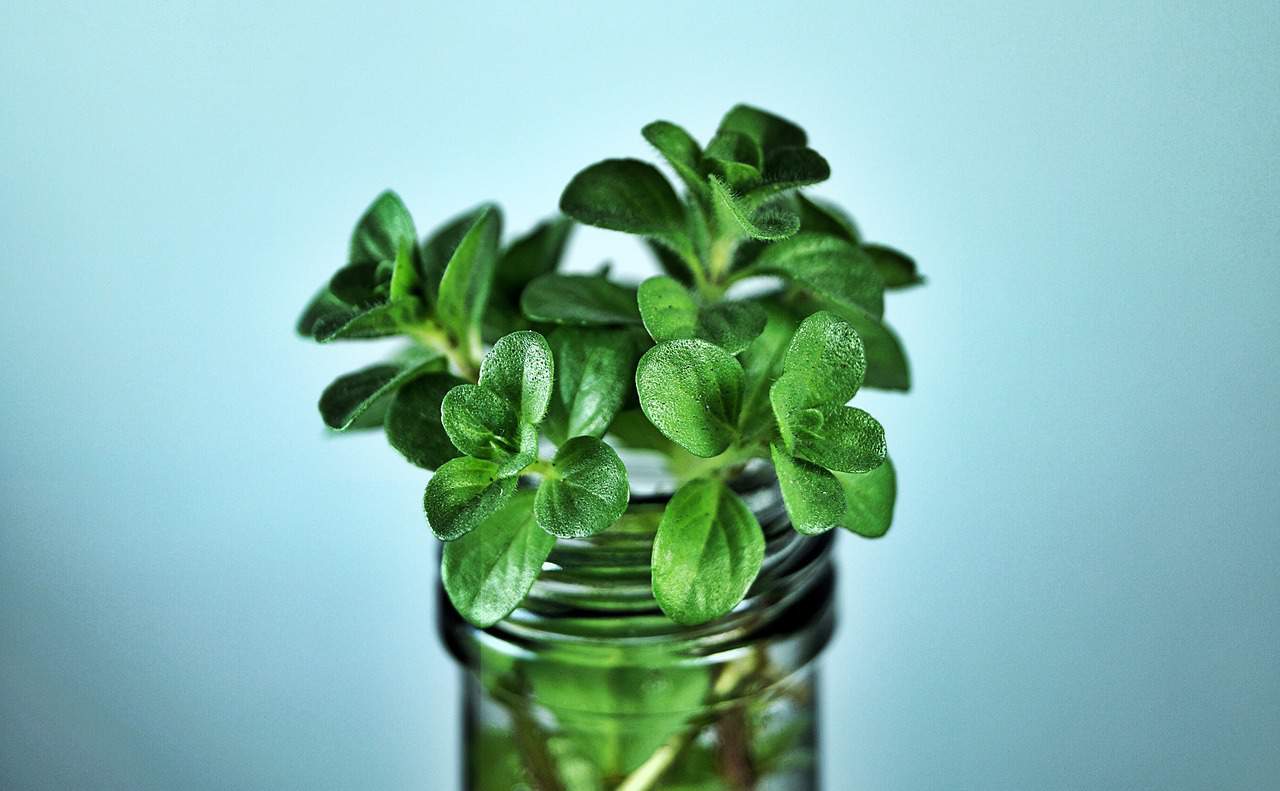 Ways for snoring. How to cope with a troublesome affliction?

Despite the fact that snoring is not a disease as such, it can have a negative impact on the snorer’s health and well-being, not to mention the lack of comfort of a person or people sleeping in the same apartment. There are strictly medical methods of snoring treatment in the form of specialised procedures and various preparations and remedies available in pharmacies. A lot of popularity is also enjoyed by various natural methods of dealing with this problem, such as changing habits, acupressure, aromatherapy, and finally appropriate exercises. Discover the most effective ways to stop snoring!

Where does it come from, the causes of snoring

Research shows that snoring is a very common phenomenon, namely about 40% of women and up to 80% of men snore. Of course, the type and intensity of the sounds produced vary greatly, but there is no doubt that it is not a pleasant experience for the person sleeping next to you, and for the snorer itself it causes psychological discomfort as well as a negative effect on the quality of your night’s rest. Snoring is most common among obese people, alcohol and cigarette drinkers and elderly people.

In most cases, the causes of the phenomenon are laryngological. Snoring is nothing else than breathing noises during sleep, which are caused by an obstructed flow of air through the throat. This is because during sleep the muscles of the throat relax and become narrower. As a result, the air squeezed through the throat causes vibrations of the soft palate, sometimes also other parts of the throat cavity, resulting in sounds, sometimes really loud. Nasal obstruction due to, for example, polyps, a crooked septum or a runny nose may contribute to snoring, but the main causes lie in the throat.

If we snore occasionally, from time to time, there is no need to worry. However, if every night we snore persistently, regardless of our position and healthy habits, in the morning we are sleepy, weak and suffer from headaches, it is worth consulting a doctor. Although in most cases we deal with an unpleasant but not particularly dangerous phenomenon, nevertheless, persistent snoring may be accompanied by the health-threatening so-called obstructive sleep apnoea. We deal with it when cyclic pauses in breathing occur, lasting from 10 to even 60 seconds.

This kind of situation requires medical therapy, because it leads to serious circulatory disorders. Repeated repeatedly sleep apnea causes hypoxia, which results not only in deterioration of the general condition of the body, but also disturbs the functioning of the cardiovascular system and, as a consequence, may contribute to irreversible changes in the form of hypertrophy of the right ventricle or diseases such as hypertension.

Treatment of snoring. Surgical and other methods

In the case of obstructive sleep apnea, doctors usually use CPAP (continuous positive airway pressure) machines, which affected patients must use every night. A special mask is placed over the face and connected to a pump that forces air into the throat. The device prevents sleep apnea, but it is also very uncomfortable and requires a long period of adaptation.

Medicine has also various surgical procedures to offer to snorers. These range from tonsillectomy, through incision of the palatal arches and shortening of the uvula, which widens the airway, to injection of a substance hardening the tissues of the soft palate. These solutions are quite radical, complicated and not entirely effective; they are often painful and require a long rehabilitation.

Slightly less invasive, although not entirely effective, is the method of placing implants in the soft palate to reduce the flaccidity of the palate. There are also special dentures that are worn at night and force the lower jaw forward while sleeping. Various types of bands are also widely available to prevent involuntary dropping of the lower jaw, which aggravates the snoring phenomenon.

What about natural medicine?

Similarly to other ailments, natural medicine specialists suggest using acupuncture, which involves stimulating specific points on the body with needles, or acupressure, during which given points are pressed. It is difficult to say how effective these methods are. On the other hand, homeopaths recommend using specially composed mixtures of herbs aimed at firming the throat tissues and widening the airways. Herbs are also the basis for another treatment, namely aromatherapy based on the action of aromatic oils.

There is no doubt that some of our habits are of great importance for the quality of sleep and potential snoring. Firstly, alcohol and smoking have a particularly negative effect. Alcohol additionally relaxes the muscles and cigarettes irritate the mucous membranes. The best and healthiest thing would of course be to give up these stimulants altogether, but if that’s not possible, you should at least give them up at least three hours before bedtime.

Secondly, since statistics confirm that obese people snore very often, we should get rid of the excess weight as soon as possible. Obesity makes tissues, including throat tissues, thicker and less firm. Losing weight, on the other hand, will certainly be beneficial for our health in general, not to mention a nicer figure and better mood.

Thirdly, the quality of sleep is affected by proper airflow. We must take care of unblocking our nose – fresh air in the bedroom is important, and if necessary, it is worth using aromatic oil or a nasal stick. Proper head support is also important. Sleeping without a pillow or on a pillow that is too flat promotes sleeping on your back and, consequently, snoring.

The most helpful herbs for snoring

If you want to stop this annoying affliction, it is worth using a simple and effective method based on natural medicine. As already mentioned, some herbs are very useful due to their aromatic properties. There are also some, which, in addition to a number of other valuable pro-health benefits, help decongest the airways and positively affect the quality of sleep.

Here are the most effective herbs useful in treating snoring:

Eucalyptus nutmeg is a plant with a specific, strong aroma. The eucalyptus oil produced from it is very widely used, especially in the cosmetic and pharmaceutical industries. Eucalyptus works well in treating respiratory infections, colds, bronchitis, arthritis. It has antibacterial, warming and disinfecting effects. It facilitates expectoration of secretions retained in the respiratory tract, unblocks the nose and sinuses, helps in catarrh, problems with sinuses and cough.

Due to its exceptionally beneficial effect on the respiratory tract, eucalyptus is also an effective natural remedy for snoring. It soothes respiratory irritation, decongests the nose and throat, and helps you breathe freely, thereby reducing snoring.

Peppermint is perhaps the most popular and widely used herb. Its fame is a result of its many valuable properties, the most important of which is its beneficial effect on the digestive system and elimination of numerous ailments related to it. Peppermint has an equally positive effect on the respiratory system. It improves the process of breathing, reduces swelling in the airways and helps in unblocking them. Therefore, it may constitute an effective support in the treatment of snoring.

One of the best herbs for calming and combating sleep problems, lemon balm also works well as a natural remedy for snoring. Melissa has a positive effect on the upper respiratory tract, soothes and moisturizes the throat, reducing the feeling of dryness and unpleasant scratching. In addition, this herb promotes strong, even and restful sleep, which also helps reduce snoring.

Canada bitter is an herb that is not very popular, which does not mean that it is devoid of health benefits. On the contrary, it has a number of advantages, among which are enhancing the body’s immunity, fighting infections and… Preventing snoring. Canada bitter has a beneficial effect on the mucous membranes of the respiratory tract, facilitates expectoration, helps fight bacteria and viruses, restores calm breathing.

It is not only an aromatic spice but also a medicinal plant endowed with many valuable properties. Thyme helps with stomach, intestinal and liver ailments, it also soothes infections and fights rheumatism. Thyme is also useful in combating snoring as it has a relaxing effect on the respiratory tract, helps coughing up air and allows for easy and undisturbed breathing.

Mentioning herbal remedies for snoring, it is also necessary to mention the marshmallow. It is especially useful for people who fight not only with snoring but also with persistent cough. Marshmallow soothes the throat, protects the respiratory tract mucosa, reduces hoarseness and coughing, soothes irritation and facilitates breathing.

Health-promoting and curative properties of this seemingly common plant have been known for a very long time. Used as a remedy for numerous ailments, it also contains a number of valuable active substances important to health. In this case, a hot infusion of nettle drunk before bedtime helps decongest the airways, and since it also relieves allergy symptoms, and thus contributes to a reduction in snoring.

Known primarily as a spice, turmeric has strong antiseptic properties. Functioning somewhat like an antibiotic, it removes inflammation, which is often the cause of snoring.

This is also, like turmeric, primarily a cooking spice, but a few grains of cardamom added to an herbal tea, relieves dryness and irritation of the throat.

Also worth mentioning is the soothing effect of olive oil on the throat and airways. However, just like the herbs, it needs to be used systematically over a long period of time to get the desired results.

If we do not have the patience to brew or otherwise prepare the necessary herbs every day, we can reach for the right dietary supplements. One of them is Snoran Pluswhich contains the most potent herbs for snoring, thus facilitating the functioning of the upper airways, reducing snoring and improving the quality of sleep.