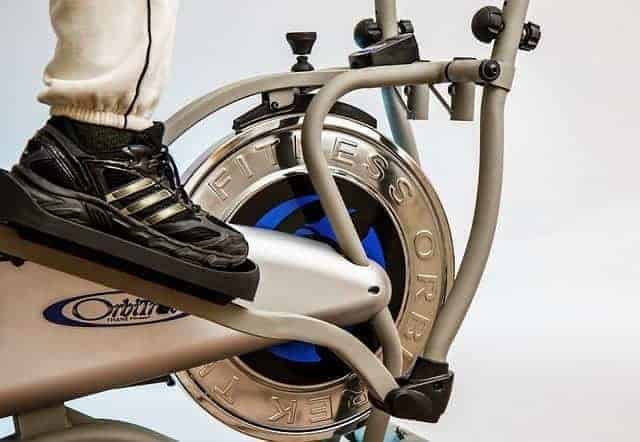 Why is it worth investing in an orbiter? What kind of an orbiter to choose?

An orbiter is a universal exercise machine which finds more and more users. They are one of the most frequently chosen workout devices, their popularity is similar to that of treadmills or stationary bikes. Who should be recommended to buy an orbiter and how to choose an optimal model?

An orbiter for exercise – – advantages

An elliptical tracker (also called an elliptical trainer) is a device for aerobic exercises. It is used by people who want to improve their physical condition, as well as by those who train for reduction and sculpting. When exercising on an orbitrek, we perform movements with our legs similar to those performed on a stepper or a bicycle. At the same time, we dynamically move our arms by means of two vertical handles. The specific design of the orbiter means that almost all body parts are involved in the workout, including the arms, back, abdomen, buttocks, thighs and calves. Thanks to that, training on an orbiter can be extremely effective in the process of losing excessive fat tissue and body shaping.

According to some opinions, exercises on an orbitrek are much better than exercises on such machines as a treadmill or stationary bike, which engage fewer muscle groups and do it to a lower degree. There is no point in arguing about the advantages of one over the other, because everything depends on individual preferences. One thing is certain – an orbiter is the best option of choice for people who are looking for a versatile exercise equipment that would allow a holistic workout of all muscle parts, and at the same time that would allow to burn calories effectively and quickly.

The different types of orbiters differ from each other by the braking mechanism. The most popular and the most commonly used types of orbiters at home are magnetic orbiters. They are equipped with magnets located around the flywheel, which generate resistance in suitable moments. A magnetic orbiter is a moderately noisy device, however the exact noise level depends on a particular model. It is certainly less noisy than its older brother, the mechanical orbiter. In general, magnetic orbiters are equipped with resistance regulation, which makes it easier to adjust the level of training to your needs.

Certainly, the basic factor which determines the choice of an orbiter model is your budget. The price of an orbiter may be a few hundred €, but also a few thousand €. Even if we do not have a lot of money to manage, it is better to choose equipment from specific brands dealing with sports equipment production, and not from unknown companies. Apart from economic issues, an important criterion while choosing an orbitrek should also be its quality and technical parameters. The device must be adjusted to the user’s height and weight. For some people, an important criterion for choosing an orbiter may also be the presence of additional functions and programmes.